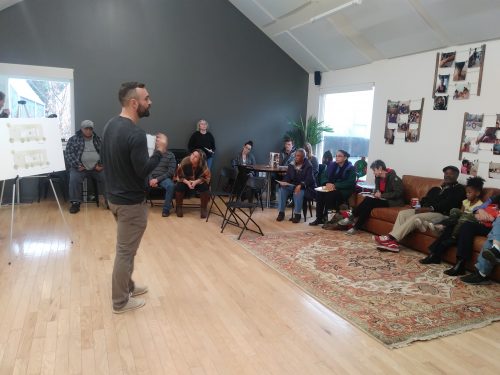 Gentilly residents voiced concerns about parking, the character of the neighborhood and veteran housing when the Bastion nonprofit hosted a meeting about their proposed Gentilly Wellness Center last week.

New Orleans City Council will soon vote on whether or not to approve the Bastion Community’s official “veterans wellness facility” development the Gentilly Wellness Center. If approved on Jan. 9, the proposed facility’s property would need to be approved as a conditional use.

There would be a space for community use, such as for neighborhood meetings or events, and Bastion office space on the second floor of the building. 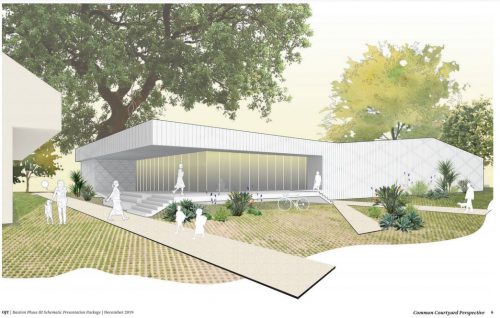 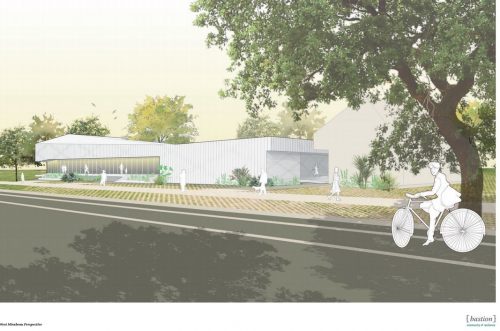 About 30 people attended the Bastion Community’s neighborhood participation meeting on Saturday, Dec. 21, and most guests were residents from the area.

Bastion staff members clarified that residents don’t have to worry about the proposed facility becoming a permanent site for commercial use. If Bastion ceases to use the building, the site would revert to the residential zoning.

Colette Delacroix, Voscoville Neighborhood Watch Association president, voiced her concern with Bastion’s proposed center. She said the proposal would change the residential vibe around the development.

Some Bastion residents commented on behalf of the Gentilly Wellness Center, arguing that there is no definable character of the neighborhood. 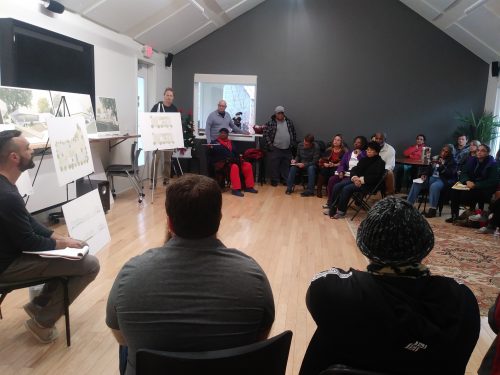 Bastion hosted a neighborhood participation meeting about the proposed Gentilly Wellness Center on Saturday, Dec. 21, at 1901 Mirabeau Ave, a block away from the proposed facility. (Jamal Melancon, Gentilly Messenger)

Delacroix listed a lack of parking as a major issue. She said she would consider 60 parking spaces inadequate given that there is already not enough parking on Bastion’s site for the residents they currently house.

Jonathan Tate, architect for the Bastion Community, confirmed that the wellness center project is planned to have more parking. The renderings available for the Veterans Wellness Center included 24 spaces; however, Bastion officials are reviewing the parking.

One neighborhood resident asked Bastion Executive Director Dylan Tête why there is a lack of veteran housing at Bastion, yet they still want to build a wellness center. Tête said that because the value of tax credits plummeted after the 2017 tax overhaul, Bastion can build only half of their proposed housing units.

He said that as a nonprofit, Bastion made a commitment not to address veteran homelessness but to address the signature wounds from the wars in Iraq and Afghanistan. They made an investment to help their residents learn other skills to help with the psychological and physical trauma.

Once Bastion raised the money to buy the vacant property from the joint venture partnership, which owned the total asset, they came up with the idea for a wellness center, Tête said.

“We needed a way to sustain our operation,” he said.

He told guests at the neighborhood meeting that the nonprofit doesn’t have the money for the Gentilly Wellness Center yet and that they would rely on philanthropy to fund it.

Tête said his nonprofit has not made a financial comparison yet because they already determined that they have the right amount of households that they could provide in Gentilly.

“I might add there is little to zero interest on behalf of the syndicators and the tax credit investors themselves to take on a project that is as small as 40 units,” Tête said. “It’s just unheard of.”

Tête told residents that their concerns about housing were correct and that Bastion would go back and look at a cost-benefit analysis for building more housing versus building their wellness center. He explained to the community that Bastion is searching for a way to not depend solely on grants.

Delacroix criticized the Bastion Community’s lack of outreach since their operation starting February 2017. Her examples included the lack of notice about Bastion’s public events.

“There was never an outreach to say ‘we are part of you, we want to be part of you,’ ” Delacroix said. “This has been since the very beginning a very insular establishment, and frankly that’s part of the problem.”

She added that for the over 300 people that signed letters and petitions against the Gentilly Wellness Center, they may feel like Bastion only brought them into their “insular community” when Bastion needed them. She suggested the nonprofit use signage to help connect with their neighbors.

Tête apologized for Bastion not doing a good job and said he takes responsibility for that. He said he figured there were little to no problems when residents did not come around Bastion as much.

“We are making an investment in repairing that trust and doing a better job, including our communication,” Tête said.

Tête clarified that for as many voices heard opposing the wellness center project, there are just as many that support it. He said Bastion’s vision is to be a destination for health and healing in New Orleans, particularly for a neighborhood that was devastated by Hurricane Katrina.

The City Council hearing on the conditional use permit is scheduled for Thursday, Jan. 30, at 10 a.m. in City Hall at 10 a.m.

This story was updated on Jan. 9 to reflect that Bastion is requesting a conditional use permit, not rezoning; that there is no 500-space parking requirement; and that the City Council hearing on Bastion is rescheduled for Jan. 20.