Bouie and Willard elected to represent Gentilly in Baton Rouge

(Results from the Louisiana Secretary of State. See here for full results.) 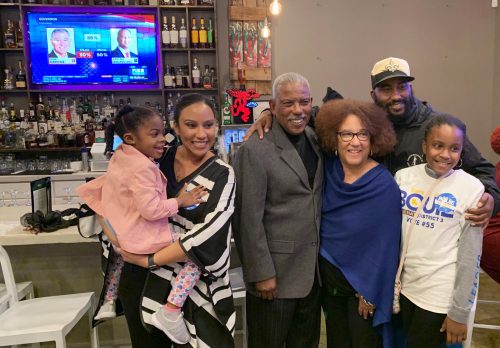 Bouie will be moving into the Senate Chambers to represent Senate District 3, a multi-parish district that includes part of Gentilly, after receiving 60 percent of the votes to defeat state Rep. John Bagneris in the runoff.

The Senate seat has been held by Democratic Sen. Jean-Paul Morrell since 2008, when he prevailed in a special election to replace then-Sen. Derrick Shepherd, who had pleaded guilty to money laundering. The term-limited Morrell, from a prominent political family, chaired the powerful Senate Revenue & Fiscal Affairs Committee.

Bouie has represented District 97 in the state House of Representatives. He ran opposed in a special election to replace Jared Brossett when Brossett joined the City Council in 2014.

The retired SUNO professor and administrator served as a floor leader for Gov. Edwards and chaired the Legislative Black Caucus. He has backed bills to fund infrastructure improvements in New Orleans, raise teacher salaries, and fund early childhood education. 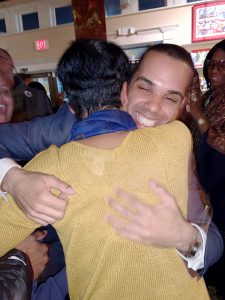 Mattew Willard embraces his mother, Terri, on Saturday after his victory in the District 97 race. (Danae Columbus)

Matthew Willard was elected Saturday to replace Bouie with 51 percent of the vote, narrowly defeating Eugene Green in the runoff for the District 97 seat.

It was the first run for public office for Willard, a tech professional with deep familial roots in New Orleans politics. In contrast, Green has a long resumé in both the private and public sectors. The real estate professional has served on the Industrial Development Board and the City Planning Commission and as an aide in the U.S. House and City Hall.

Funding for the city’s crumbling infrastructure and for mental health services are among Willard’s legislative priorities, according to his campaign.

In January, Bouie and Willard will be joined in other newly elected members of the Orleans Parish legislative delegation: Mandie Landry in House District 91, Aimee Adatto Freeman in District 98, and Candace Newell in District 99. In House District 94, Rep. Stephanie Hilferty defended her seat against Democratic challenger Tammy Savoie.