In New Orleans, infrastructure has been neglected for generations, with elected leaders kicking the can down the proverbial road. And that road is a very bad one. To change that, City Council At-Large, Division 2 Candidate JP Morrell released an infrastructure plan today to finally address the city’s long-neglected infrastructure and provide a blueprint for a more resilient and prosperous future.

“The goal is not only a New Orleans that will lead the South in creating new jobs, investment, and sustainable growth, but a New Orleans that works for its citizens – one built on the foundation of smart infrastructure and forward thinking,” said Morrell. “Our people deserve more than meaningless talking points from politicians full of old promises and new platitudes. Our city faces significant challenges that require thoughtful solutions and real action.”

Morrell’s plan is steeped in affordability, green and renewable approaches, transparency and public engagement, and an overall commitment to fairness and equity. It covers various categories of infrastructure, including power, internet, stormwater management, the Sewerage and Water Board, sanitation, streets, bike lanes, public transportation, and affordable housing, among others. 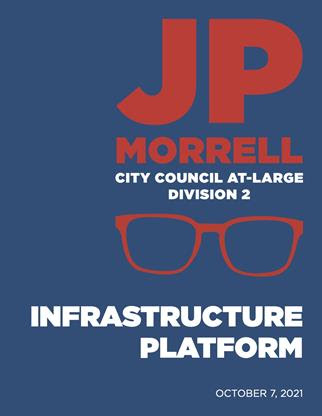 Morrell frames the infrastructure issue this way: “From the condition of our streets to living with water, our City has spent generations struggling with underinvestment, not just in our physical infrastructure, but in our people. I’m putting forward a plan that doesn’t just address the challenges of the past. It asks us to leap forward to build for a brighter future. 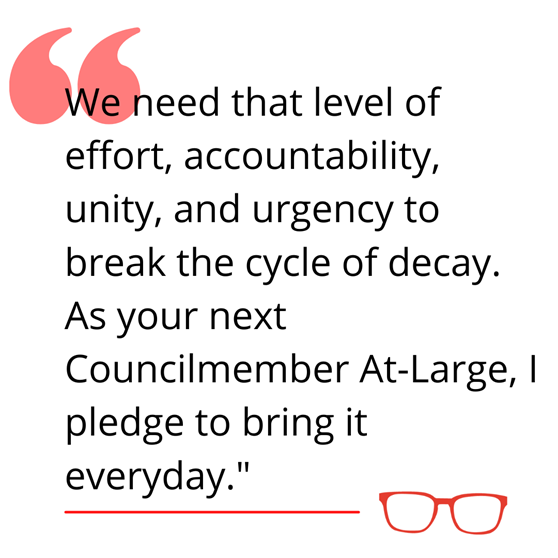 He continued, “Everyone I’ve talked to said that some of these problems are too systemic, too embedded, too daunting to solve; but I reject that. I’ve got a record of staring down seemingly intractable, systemic problems, and rallying coalitions of people to deliver lasting change. We need that level of effort, accountability, unity, and urgency to break the cycle of decay. As your next Councilmember At-Large, I pledge to bring it everyday.”

Morrell’s infrastructure plan was informed by local subject matter experts and advocates across disciplines and areas of expertise.

“I’m grateful to all those who lent their time and talents to help develop this plan. It’s a framework that we will continue to build upon and refine, and I welcome everyone’s ideas,” he said.

Morrell has been a relentless advocate for policies that place people first. He started serving our community as a public defender right out of law school and later was elected to the State Legislature in 2006 – where he helped pass a historic package of laws to increase protections for the survivors of sexual assault and domestic violence and a constitutional amendment to require unanimous jury decisions in felony trials, undoing a Jim Crow-era law in Louisiana. Morrell never backed down from impossible fights when he knew what was best for the people of our city.

Morrell will be on the ballot in the Nov. 13 election as the only official candidate of the Democratic Party, and he is also endorsed by the New Orleans Coalition, Independent Women’s Organization (IWO), AFL-CIO, Alliance for Good Government, Independent Democratic Electors Association (IDEA),UNITE HERE, Voters Organized to Educate (VOTE), United Teachers of New Orleans (UTNO), New Orleans East Leadership (NOEL), the International Alliance of Theatrical Stage Employees (IATSE), the Southeastern Louisiana Chapter of the National Association of Building and Constructions Trades (NABTU), NOLA Rainbow Advocates, and over 200 women leaders and advocates, among others.