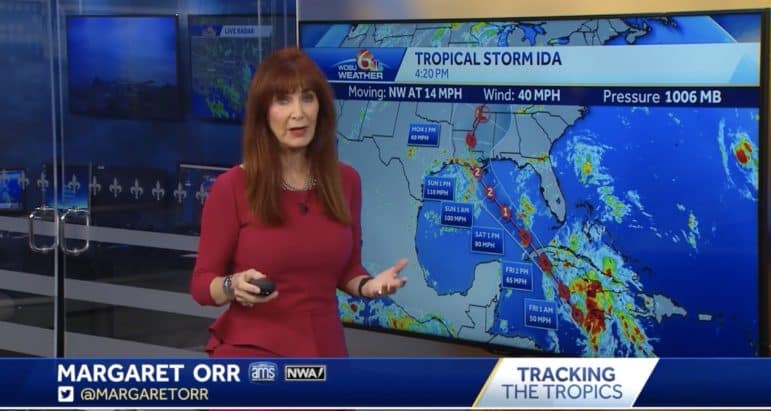 No matter the crisis — pandemic, plague, zombie apocalypse or, even worse, a Cat 3 barreling toward the mouth of the Mississippi — New Orleanians never lose their sense of humor.

The world might just end, but even if it does, we’re going out with a wink and smile, drinks held high, ironic swagger intact.

The cone of uncertainty is old hat to locals. We’ve been helping our family and friends prepare for Armageddon since before we finagled fake IDs.

Supermarket and hardware store shelves empty at an alarming pace when there’s a storm in the Gulf. The mad dash for bourbon and batteries may involve navigating flooded streets and evading invisible water-filled potholes. The goal is to finish before the transformer blows — bonus round if the traffic lights are already out.

Flower pots head indoors, freezers are emptied, and garbage cans are scrubbed before they’re rolled into living rooms. We secure the elderly, test the flashlights and refill the prescriptions before we make the requisite trip to Popeyes. No one forgets to secure the chicken — locals stay on mission even if they need to employ waders and a kayak.

A box of spicy fried chicken and a dozen greasy biscuits become a three-star Michelin meal after the lights go out. Sometimes they even act as currency. We won’t bother to discuss the preference of spicy versus mild (blasphemy) or the merits of ordering white meat versus dark. It’s Popeyes: You get what you get, and you like it. 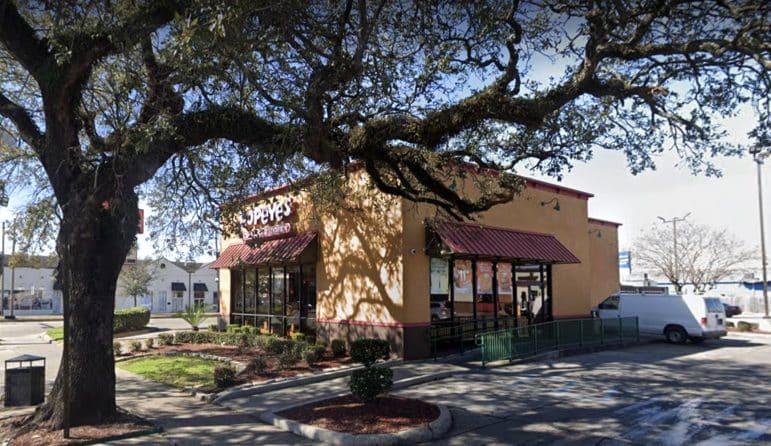 Neighborhood porch or yard gatherings evolve as circuit breakers flip. Initiated by a need to connect, neighbors form a melting pot of shared supplies, boredom, conversation, laughter and community. The collective loss of electrical power – air conditioning, television, lights and refrigeration – is the moving factor of what we call the hurricane party. It’s hot inside, and we’re bored. So we move outdoors.

In the days of old, boxes of chicken joined the provisions on a folding card table along with peanut butter, Bunny Bread, a cardboard box of every imaginable flavor of Chek soft drinks, and a still cool crate of Dixie longnecks. The Chek soda and Dixie have been replaced by designer sparkling water and organic, locally sourced artisan Pale Kale Ale. But Kentwood will do, and any warm beer tastes like swamp water.

While the old-timer’s cigarettes used to keep the mosquitoes at bay, no one smokes anymore. So now you have to remember to buy citronella candles. Shovels are kept nearby to dispatch wildlife seeking high ground.

Bourbon is the standby you can count on while holding down the porch with your neighbors. A true hurricane bar is reserved for beverages served at room temperature: red wine and whiskey.

My last hurricane party was a ritzy mix of pinot noir, bourbon, Nutella, brie, grapes, a neighbor’s box of saltines (remember them?) and a makeshift charcuterie platter gathered from four houses.

But the most popular item passed around the porch the first day was Popeyes. The collective grilling of thawed meat and seafood came later.