Man shot to death inside his car near Interstate 10 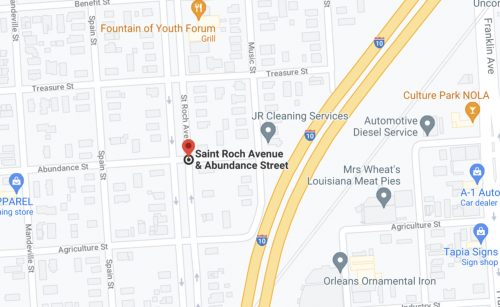 A man was killed in a shooting near the interstate on Tuesday morning, the New Orleans Police Department reported.

A call reporting gunfire near Abundance Street and St. Roch Avenue was received at 6:08 a.m. When officers arrived, they discovered an adult male victim suffering from multiple gunshot wounds. He was inside a car that had crashed into a fence.

The Emergency Medical Service took the victim to a local hospital, where he later died.

No further information is available at this time. The Orleans Parish Coroner’s Office will determine the official cause of death and release the victim’s name, upon completion of an autopsy and notification of family.