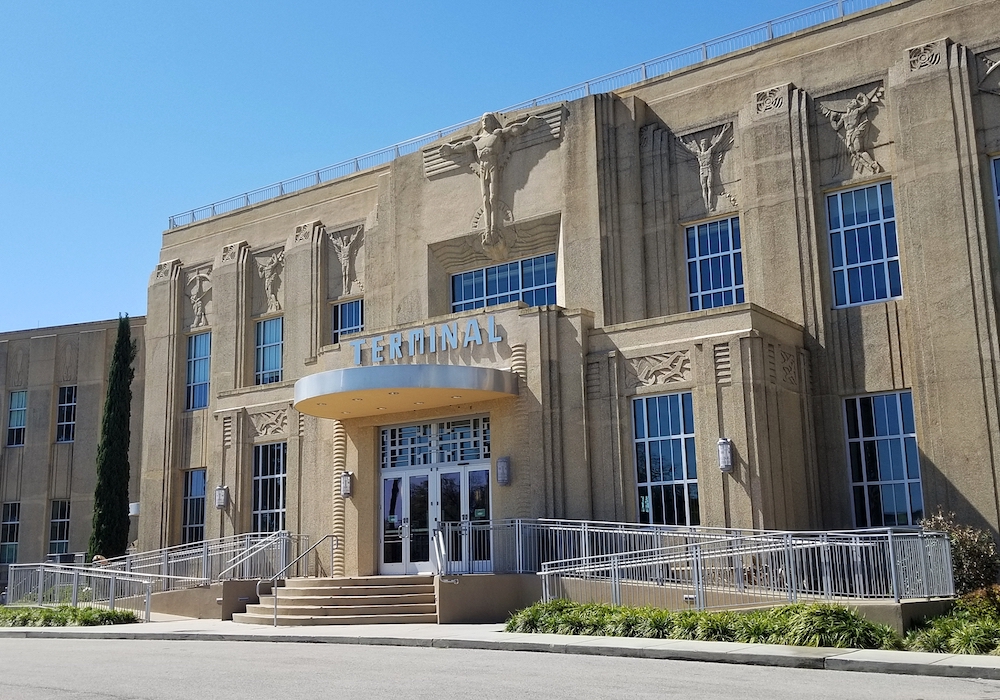 Messina’s Runway Café, the longtime breakfast and lunch favorite in the New Orleans Lakefront Airport, is set to open on Tuesday (April 6) after being closed for eight months, due to the pandemic.

The restaurant had temporarily offered takeout last spring, but it wasn’t profitable enough to keep the doors open, said Maggie Zschiedrich, a spokeswoman for Messina’s. The restaurant closed, and then briefly reopened when the city allowed indoor dining.

“We reopened when it was allowed, from May through August, but decided to close again until it was possible to fully reopen,” Zschiedrich said.

In August, the restaurant’s longtime chef Leon West passed away at age 74 after collapsing in the Messina’s kitchen, according to an obituary on NOLA.com. West had an illustrious career that spanned over 50 years and included 14 years at the Ernest N. Morial Convention Center where he served as its first executive chef.

He received the American Culinary Federation Medallion for Culinary Excellence in 2011 and was inducted into the African American Chefs Hall of Fame in 2019. Before his death, West was preparing ready-to-eat meals for the nonprofit World Central Kitchen.

The loss of West and the reopening bring some changes to the café. Chef Daryl Coleman, who served as sous chef under West will be taking over the kitchen at Messina’s.

Coleman has added some of his own touches to the menu, including the Brunch Burger, a 6-ounce burger on toasted brioche bun with applewood bacon, fried egg, Swiss cheese, herb aioli and green tomato jam with brabant potatoes ($14); Southern Fried Chicken Biscuit, served on a homemade biscuit and topped with chipotle honey glaze with brabant potatoes ($13); and the Wednesday special: Braised Beef Tips in a wild mushroom gravy with horseradish mashed potatoes, rosemary green beans, and cornbread ($11.95). 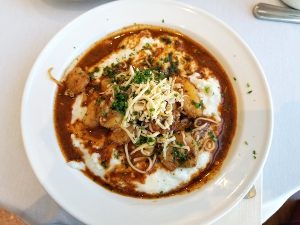 Shrimp and Grits at Messina’s

While some menu items are new, café favorites such as Shrimp and Grits, made with Chef Leon’s BBQ seasoning, and Chef Leon’s Crab Cakes remain. Messina’s famed Tuesday Fried Chicken Blue Plate Special is still on the menu, and the café will continue to use Chef Leon’s blend of spices in its dishes.

“We wanted to keep the menu items that people enjoy when they come here,” Zschiedrich said. “We made a few changes, but we want to stay in the same spirit of Messina’s when Chef Leon was here.”

Coleman graduated from Delgado’s culinary program in 2007. He worked at Sun Ray Grill and Drago’s before settling in at Messina’s as sous chef, where he’s been for three years.

“After Chef Leon died, it took a while for me to get used to the idea of taking over the kitchen,” he said. “It just seemed like the natural progression of things.”

The Messina’s Café team is rounded out by front-of-house manager Avanna Parent. 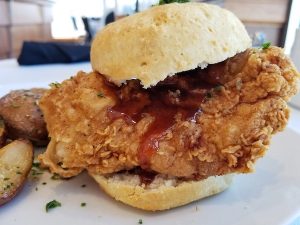 On my visit, I tried two of the café’s breakfast items: the Southern Fried Chicken Biscuit and the Shrimp and Grits. The chicken biscuit was delicious with a large piece of chicken, battered and fried to perfection and served on a flaky biscuit. The chipotle honey glaze was a nice pop of sweetness on the savory sandwich and added a nice edge to the taste.

The Shrimp and Grits is outstanding, made with smoked gouda, butter and white wine, which brings out the flavor to the shrimp. I could really appreciate Chef Leon’s BBQ seasoning and the layers of flavors it added to the dish. The sauce from the shrimp mixed into the creamy grits was heavenly, and it all came together for a rich, delectable experience.

Coleman is happy to welcome diners back to Messina’s and is optimistic about what the future holds.

“I know that I have big shoes to fill,” he said. “This is a new chapter for me, but I’m excited for what’s to come.”

Beginning April 6, Messina’s will be open Tuesday through Friday for lunch, 11 a.m. to 3 p.m., and Saturday and Sunday for breakfast and lunch, 8 a.m. to 3 p.m.

Reporter Marielle Songy can be reached at mlsongy@gmail.com.