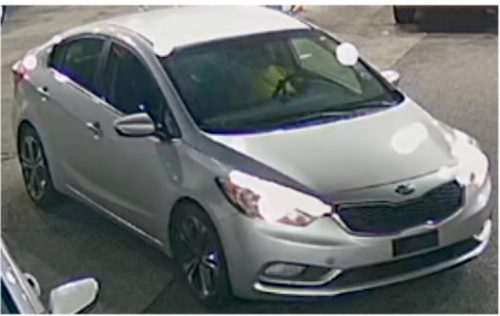 The New Orleans Police Department is requesting the public’s assistance in identifying  the person responsible for stealing the pictured vehicle during an armed robbery incident that occurred on Saturday (Nov. 20).

At around 8:15 p.m. a woman was pumping gas at the Shell station at 3032 Elysian Fields Avenue when two men approached her from behind. They produced a handgun and demanded her keys. The victim complied, and the subjects fled the location in her vehicle.

Anyone with information regarding the whereabouts of the suspects or the stolen vehicle is asked to contact Third District detectives at 504-658-6030 or call anonymously to Crimestoppers at 504-822-1111 or toll-free at 1-877-903-STOP.