Police arrest suspects in carjacking on Burbank, shooting on Frenchmen 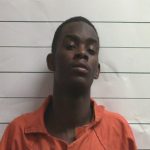 The carjacking occurred in the 1500 block of Burbank Street at about 2 p.m. on Thursday. The  NOPD tracked the the vehicle to Peoples Avenue and Mendez Street.

The suspect, Mervin Bailey, 19, was apprehended shortly afterward in the surrounding area. Officers from multiple agencies and a K-9 unit set up a perimeter before locating and apprehending Bailey.

Bailey remained jailed Friday on one count of armed robbery and one count of possessing a firearm with an obliterated serial number.

NOPD 3rd District officers have also arrested Dejaun Gradley, 25, in a shooting that occurred May 31 in the 3600 block of Frenchmen Street, near Dillard University.

At about 9:30 p.m., a gunman opened fire in a crowd, striking one victim. The victim returned fire, and the gunman was struck, police said. 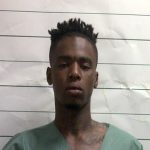 After NOPD Third District detectives identified Gradley as a suspect, detectives learned that Gradley had arrived at a local hospital with a gunshot wound to the hand that was linked to the Frenchmen Street shooting.

Detectives obtained a warrant for Gradley’s arrest on four counts of attempted second-degree murder. After Gradley was released from the hospital, he was booked into the Orleans Parish Justice Center. Gradley remained jailed on Friday; his bond had not yet been set, according to Sheriff’s Office records.

Anyone with additional information on either of these incidents is asked to contact NOPD Third District detectives at 504-658-6030.