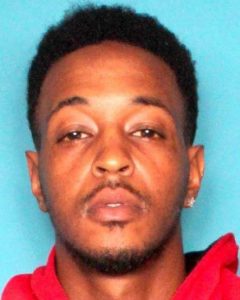 The New Orleans Police Department has obtained an arrest warrant for Ryan Reed, 29, in the investigation of an armed robbery incident involving a kidnapping on April 14 in the 4900 block of Spain Street.

Reed faces potential charges of armed robbery, second-degree kidnapping and  possessing a firearm as a felon.

Reed is the second suspect in this incident. James Sansone V, 32, was arrested on April 14 on charges of armed robbery, second-degree kidnapping and possession of stolen goods.

The men are accused of stealing a woman’s purse and forcing her into vehicle at about 5:15 a.m. at her Spain Street home. She was driven to the St. Roch area, where one of the men took out a gun and a struggle ensued, police said.

Anyone with additional information on this incident or on the whereabouts of Ryan Reed is asked to contact NOPD Third District detectives at 504-658-6030 or call anonymously to Crimestoppers of Greater New Orleans at 504-822-1111 or toll-free 1-877-903-STOP.