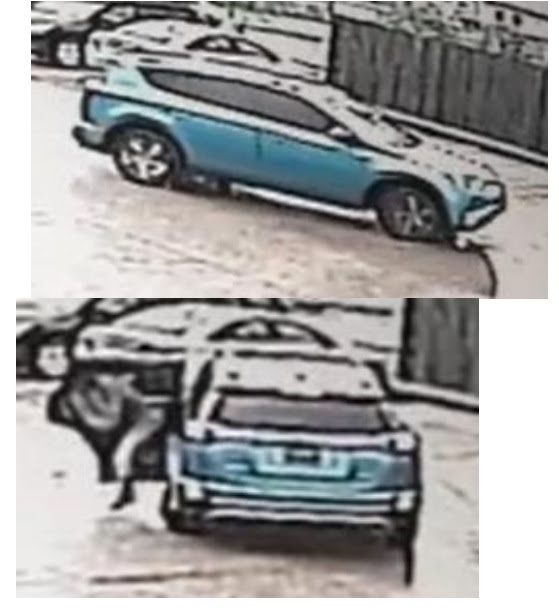 The NOPD is searching for a subject involved in an auto burglary incident that occurred Friday (April 16).

At around 5:05 p.m., the victim parked her vehicle at a daycare located in the 4400 block of Old Gentilly Road to pick up her child. She left her car’s door unlocked while she waited outside of the daycare for her child to exit.

While waiting, the victim observed a man exit the pictured blue Toyota RAV4, run toward her vehicle, open its door, and steal her purse from inside. He got back into the Rav4 and fled the scene.

The Toyota RAV 4, which had been reported stolen, was recovered at another location in the Third District.

Anyone with information regarding the identity and/or whereabouts of the suspect is asked to contact Third District detectives at 504-658-6030.