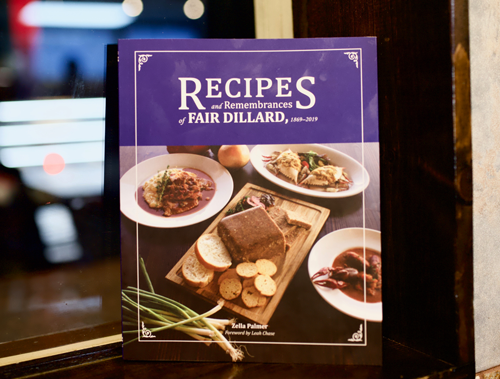 With New Orleans respected around the world for its rich culinary culture, Zella Palmer wants to ensure its history is preserved and those who helped shape and inspire the city’s cultural identity are recognized. Palmer—educator, food historian, author, and filmmaker—recently released a cookbook titled “Recipes and Remembrances of Fair Dillard, 1869-2019.” It is a compilation of research and recipes that correlate with Dillard University and New Orleans cuisine over the past 150 years.

Palmer noted that 19th-century cookbooks exist, made of recipes taken from formerly enslaved people and published by their mistresses. There is, however, a shortage of cookbooks that tell the African American culinary history of New Orleans and accredit the people who actually prepared these foods for their communities. Palmer wants to start filling that void, beginning with this collection.

“All of this is living history. One hundred years from now, if we don’t put it on paper, it’s going to go to the grave with us,” said Palmer. “I’m just trying to make sure that we document what we’re eating, and the material culture, so that we have evidence that these are our stories, these are our traditions.” 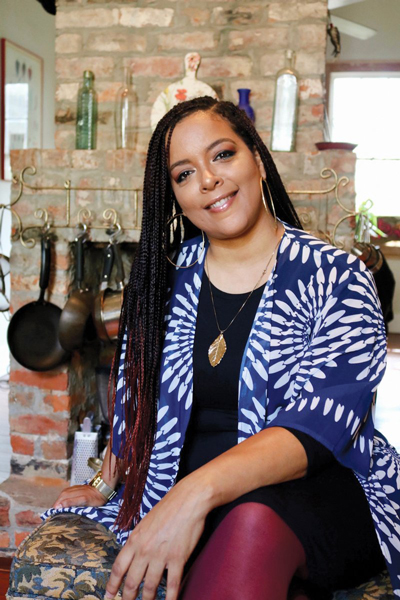 The cookbook was thoughtfully crafted with recipes accompanied by photos and research that paint pictures of the eras from which they originate. Strategically categorized into three distinct sections, the cookbook begins in the 1950s when Dillard was under the presidency of Albert W. Dent.

Dent’s wife, Ernestine Jessie Covington Dent, who Palmer described as an “expert socialite,” used the power of hospitality to raise funds for the university. When people would visit the president’s house, Jessie Dent would ask them to share a favorite recipe. Those recipes were compiled into a cookbook and sold to fund the university.

The middle section includes a collection of recipes from the Dr. Samuel DuBois Cook presidency, dates between the 1980s and 1990s. According to Palmer, Cook and his wife are remembered as big “foodies” and hosts of food festivals and student picnics. The cookbook even includes a letter from Cook that talks about his love for Dillard, the art of cooking, and the importance of New Orleans cuisine.

The final section features contemporary recipes from the current era of President Dr. Walter M. Kimbrough and his wife, Mrs. Adria Kimbrough. With help from the community, Palmer has worked diligently to collect additional recipes from faculty members, alumni, and others associated with the university.

Creating the cookbook: A community effort

Creating “Recipes and Remembrances of Fair Dillard” was a four-year project. Like cookbooks created under Dent and Cook, Palmer stressed how curating it was a community effort. This meant taking new photos of dishes, gathering historical photos from the Dillard University archives, compiling research and working with elders to identify who certain recipes came from. Palmer said it wouldn’t have been possible without the help of those who cherish Dillard and saw importance in the manifestation of this cookbook.

“Zella’s project is well researched in regards to historical context and cultural significance,” said John Kennedy, archivist at Dillard University that was involved with gathering history for the cookbook. “[It is] a testament to the liberation found in food culture amongst African Americans. Each recipe has a story that is brought to the forefront.” 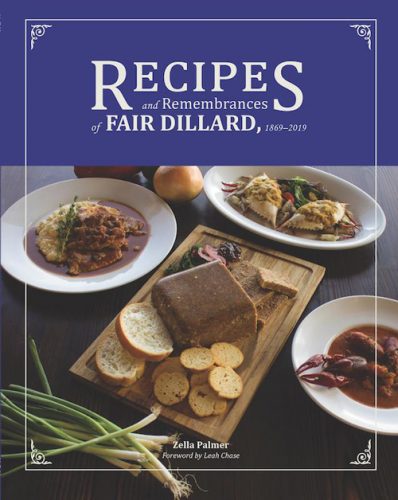 Malik Bartholomew, a historian, owner of Know NOLA Tours, and Dillard University alumnus, also played a vital role in gathering research for the book. He said that it was an enlightening experience to be able to go through the university archives to look at Dillard’s history in association with food.

“For an institution like Dillard that’s always been embedded in the city of New Orleans and the culture of New Orleans, food has always been a part of our culture,” Bartholomew said, “but sometimes, we don’t always get a chance to analyze and look at it.

“Zella’s cookbook gives another historical look at our relationship with food and how food plays such an important role in our everyday lives and what we do as New Orleanians and African Americans.” 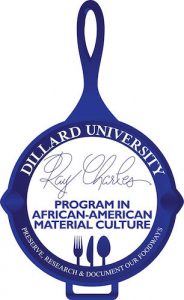 Palmer serves as the current chair and director of the Dillard University Ray Charles Program in African-American Material Culture. This co-curricular program is the first of its kind. Its mission is not only to teach and preserve the history of New Orleans culinary culture, but to explore all tangible evidence of African American, Native American, and Latinx material culture.

Through the Ray Charles Program, Dillard students will be able to obtain a minor in food studies starting in Spring 2020. Spelman College is the only other HBCU with a food studies program.

Palmer explained that there is a need for more African American involvement in the food industry. Although the restaurant industry is the second largest industry in the United States, African Americans tend to work in more back-of-house positions than front-of-house or management positions.

Palmer looks forward to this being used as a textbook in the new curriculum and it having a positive impact on the city. She also hopes that the cookbook motivates other universities to initiate similar projects.

“Hopefully, other universities do something similar because you have to tell your history,” Palmer said. “I would love to see students and professors and New Orleanians cooking and making these recipes, because we’re better as a community if we cook and break bread together.”

“Recipes and Remembrances of Fair Dillard, 1869-2019” can be purchased from the University of Louisiana at Lafayette Press for $35. Similar to past cookbooks, all proceeds will go back to Dillard University.