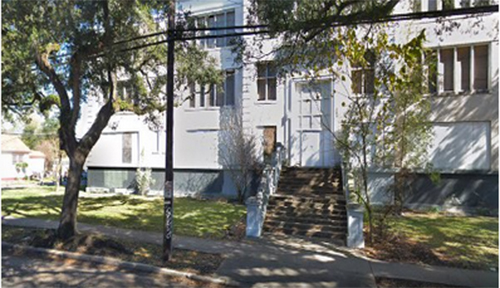 The former Pierre A. Capdau School at 3821 Franklin Ave. has completed all zoning and city review processes to become housing for low-income seniors.

Construction of the 80-unit development will begin this year, and will include a renovation of the grounds as well as construction of a new building to maximize housing units. The units will be reserved for seniors age 62 and older, with a cap of two residents per unit.

With 80 units total, 16 will be set aside for disabled residents. All units will be designated affordable housing under the Housing Assistance Payments (HAP, part of Section 8) program. In this case, the developers received a HAP contract from the Housing Authority of New Orleans for all 80 units, so none will be market-rate apartments.

Designed by E.A. Christy in the Beaux Arts style and built in 1922, the building is in the Edgewood Park neighborhood of Gentilly. The public school closed in 2010.

In 2012, the Orleans Parish School Board sold the property for $612,000 to CCNO Development, which also renovated the McDonogh 16 building on St. Claude Avenue to create senior housing. It is currently owned by a group of developers calling itself 3821 Franklin Spe LLC.

The building sold at an auction along with two other school properties, NOLA.com reported in 2012. The largest of the three schools sold, Capdau is a three-story building of approximately 43,000 square feet. The total site area is 1.9 acres.

The project faced some opposition from the Edgewood Park Neighborhood Association, after it was revealed that the project requested exemption from the zoning rule requiring one parking space per unit. For 80 units, the developers designated 48 parking spaces, with the reasoning that many of the senior residents would no longer own vehicles.

The neighborhood association contested that claim and pushed for the development to impose a strict age minimum to keep the development seniors-only. But after a waiver and other considerations, the number of spaces remains at 48. All units will go to residents who at least 62, a representative for the developer said.

According to the developer, the former school building and the new construction building will be renovated in compliance with the National Park Services regulations for historic preservation. The project managers are working to engage and hire local and disadvantaged businesses in the construction.

Construction is expected to last 14 to 16 months, after which the apartments will be ready for residents to move in.

This article was changed to correct the name of the current developer and to clarify the number of parking spaces.