School superintendent wants to keep the ’35’ but drop the ‘McDonogh,’ replace Ben Franklin with Katherine Johnson

Lewis’ recommendations were submitted to the Orleans Parish School Board, which will have the final say in a July 29 vote.

Community members across the city have advocated for school name changes for decades. The Black Lives Matter protests in the summer of 2020 reignited the movement for schools named after slave owners or segregationists to be renamed.

The Orleans Parish School Board stated in its announcement that the board has the authority to change the physical name on any school building they own. However, the charter boards of the schools within those buildings do not have to change the name of their academic program. 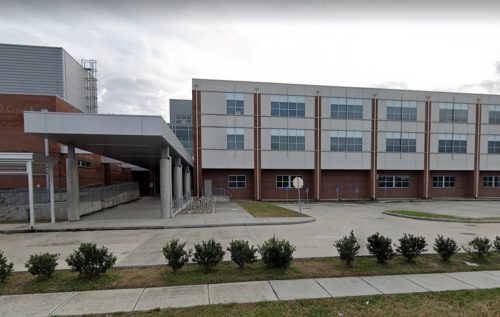 McDonogh 35 alumni voiced their support for names that included the “35” so that the school could retain its proud identity. Alumni also showed support for the emphasis on McDonogh 35 being a college preparatory school, and their comments seem to have been heard by the superintendent.

McDonogh 35 alumni say their mission is to advance the legacy of McDonogh 35 Senior High School as an institution of academic excellence and cultural pride. When it opened in 1917, McDonogh 35 was the only public high school for Black students in segregated New Orleans, and it remained the only one until 1942, when Booker T. Washington and L.B. Landry opened their doors.

John McDonogh was a West Bank sugar plantation owner and businessman whose wealth was dependent on enslaved labor. He left most of his money to build schools for poor children in New Orleans and Baltimore. 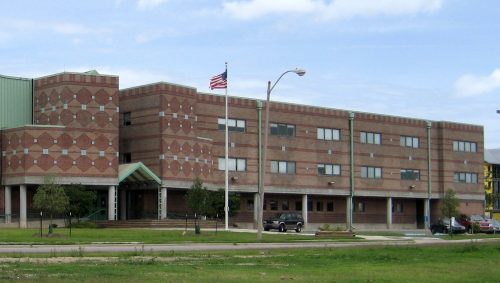 While Benjamin Franklin was an abolitionist, the NOLA-PS Renaming Committee said the Elementary and High school named after him will be renamed. The Renaming Committee cites Franklin’s owning of slaves as the justification for the name change.

“Benjamin Franklin owned slaves, later repudiated the institution, and became president of the Society for Promoting the Abolition of Slavery. His is a trajectory ‘supposedly enlightened’ bondsman to avid anti-slavery proponent,” the Renaming Committee stated in a PowerPoint presentation.

The decision to replace the Franklin names has caused controversy as many question whether Franklin’s name is tarnished. Walter Isaacson, author and Tulane history professor, published an op-ed in The Times-Picayune | New Orleans Advocate detailing his opposition to the name change.

“People are not perfect. Our nation is not perfect. But we should celebrate those who realize our nation’s flaws, confront them honestly, and publicly take the lead in making themselves and our union more perfect,” Isaacson wrote.

Graduate student Madeline Zehnder wrote a letter to the editor disagreeing with Isaacson. Zehnder questions if Franklin deserves to be celebrated for understanding structural inequality.

“Why do we have two schools named after a man who never visited New Orleans, while we have had no school named after Sylvanie Williams, a Black organizer and educator who founded a medical clinic and fought for children and working women in early 20 century New Orleans?” Zehnder wrote.

Victoria Valdary, a student at Ben Franklin High School, began a petition on why she believes the name should not be changed. It had 569 online signatures on Tuesday (June 22) afternoon.

“The money and time that would be used in order to extinguish Ben Franklin from the walls of our school, should not be wasted. Instead such time and money should be used to address the matters at hand, and to help with current issues within our community,” Valdary said.

NASA mathematician and computer scientist Katherine Johnson is the name proposed by the superintendent to replace Franklin’s name. The students at Benjamin Franklin High School told NOLA Public Schools they prefer Johnson for the name change because she represents the school’s STEM achievements.

In 1953 Johnson was assigned to the all-male flight research division at NASA. She completed the trajectory analysis for America’s first human spaceflight in 1959. In the 1960s, she became the first woman in the Flight Research Division to receive credit as an author of a research report and also calculated the flight trajectory for Apollo 11’s flight to the moon.

In 2015, President Barack Obama awarded her the Presidential Medal of Freedom. Johnson’s life story was featured in the 2016 film “Hidden Figures” and NASA named the Computational Research Facility in her honor.

The administration welcomes public feedback on the proposed list below through July 29. Feedback can be provided here, via email to community@nolapublicschools.com or during the OPSB’s July 29 meeting.

Domonique Tolliver is a journalism student at Loyola University and a reporting intern at NOLA Messenger. She can be reached at djtolliv@my.loyno.edu.