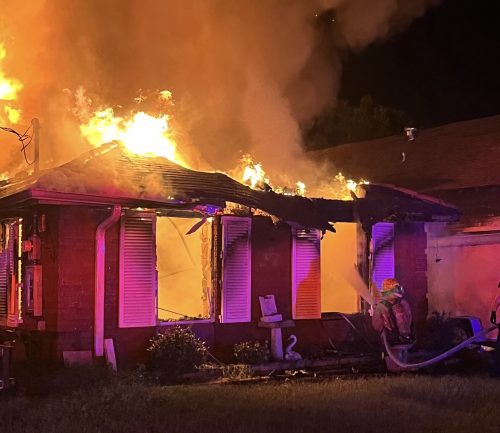 The NOFD described the fire as “very suspicious.” The cause remains under investigation.

This was the second fire at this address in less than a week. The NOFD responded to a one-alarm fire at the same location on Sunday (June 19) at 3:12 a.m.

When the first firetruck arrived Friday at 2:38 a.m., the blaze had already breached the roof and was beginning to threaten the occupied dwellings to the left and right. The risk to neighboring homes prompted the call for a second alarm at 2:52 a.m.

The firefighters kept the fire from extending to the neighboring homes, though they received damage to their exterior walls from the radiant heat.

The house at 4514 Frenchmen St. is an unoccupied single-family camelback that showed signs of a recent renovation, the NOFD said. The house had been transferred to a residence trust by its 89-year-old owner in January 2020, Assessor’s Office and census records show.

There were no injuries reported in Friday’s fire. Sixteen NOFD units carrying 45 firefighters brought the blaze under control at 3:20 a.m. 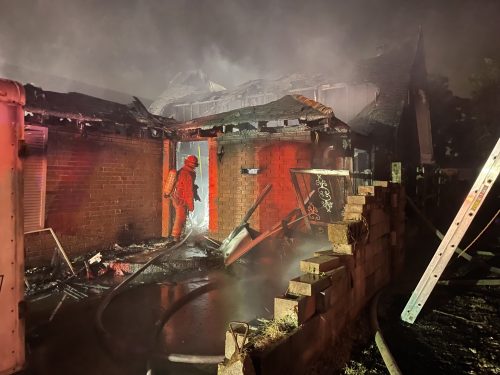 The fire was brought under control within an hour. (NOFD Photo Unit)