The Munch Factory expands with return to Gentilly

The City of New Orleans announced today (July 16) that The Munch Factory will operate a restaurant at the Joe Bartholomew Golf Course in Pontchartrain Park. The restaurant originally operated in the Gentilly neighborhood and moved to the Lower Garden District in 2017. The expansion to the golf course represents a return to the restaurant’s roots. 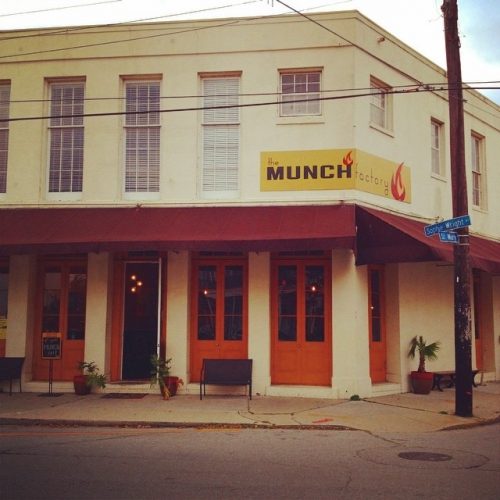 In a statement to the press, Mayor LaToya Cantrell said:

“It is great to see a neighborhood favorite return back to Gentilly. By expanding The Munch Factory’s operations to Joe Bartholomew Golf Course, in the heart of Pontchartrain Park, they are demonstrating the success we’d like to see for all of our small businesses. This is a win-win-win, a win for the golf course, a win for the patrons, and a win for the neighborhood.

“Small businesses are the backbone of our local economy, and we are remaining intentional about creating an equitable procurement process and ensuring that our small businesses have access to their fair share of opportunities.”

“When we moved from Gentilly, we promised our customers who became our family, that if the opportunity presented itself, we would want nothing more than to return to our beloved area. We were beyond thrilled when the City of New Orleans accepted our bid to have a restaurant at the beautiful Joe Bartholomew Golf Course. We are looking forward to seeing returning customers (and gaining new ones) as well as the many golfers that enjoy the wonderful golf course. Having grown up in Gentilly, we are both committed to bringing positivity, jobs and of course delicious food to our wonderful neighbors! See you in early September!”

Joseph M. Bartholomew Municipal Golf Course is an 18-hole, par-72 course measuring between 5,314 yards to 6,823. Located at 6514 Congress Drive, it is owned and operated by the City of New Orleans’ Department of Parks and Parkways.

Originally opened as the Pontchartrain Golf Course in 1956, the golf course was renovated in 1979 and renamed to honor the first African American inducted into the Greater New Orleans Sports Hall of Fame.

Upon the lease expiration of the previous restaurant operator, Parks and Parkways released a Request for Proposal to obtain a new operator. The Munch Factory was selected and plans to open in mid-September.