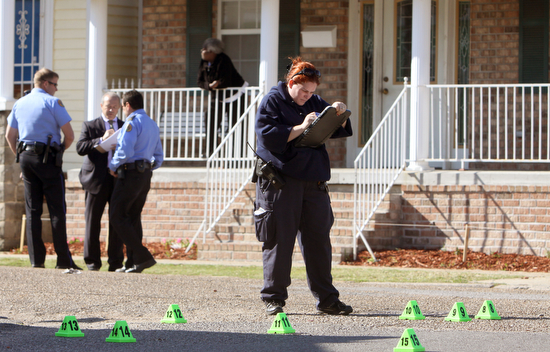 Why are so many New Orleanians and visitors getting shot and even killed recently? The answer is fairly simple. People, especially our young people, are turning to guns to resolve the disputes that used to be handled less dramatically by cooler heads.

Over the past few years, retaliatory violence has become as much a part of New Orleans culture as red beans and rice. We can’t arrest our way out of New Orleans’ crime problem. While it could be extremely difficult to change the mindset of these trigger-happy teens and young adults, it is possible to design programs that will lead future generations down a less destructive path. By exposing them at a very young age to the other side of life, kids will realize there is a world of possibilities waiting for them.

Many of the city’s young people lack guidance and supervision from family, helpful neighbors and ministers. A single parent might be working two jobs to pay the bills. Grandma is too old to have much control over her grandchildren. They won’t go to church, and they skip or quit school and hang out with a crowd that accepts violence as the norm. Naturally, kids argue and often get into fights. Without adult role models and stable home environments, some New Orleans youth are learning their lessons in the streets. Those lessons often include guns and violence.

The typical scenario goes like this: “I got a beef with you and you got a beef with me. If I have a gun, I’ll shoot you right now and it will be over. If not, you might go get a gun and come shoot me. I’d better shoot you first even if I have to hunt you down at Rouses, a New Year’s party, by the high school or in Mid-City. And, I can’t be responsible for anyone who stands in the way. Oh, and after I’m done I sure hope none of your people find me to get even.”

Many of these youths are using AK-47s, a military weapon they have not been trained to operate. Therefore the weapon’s ferocious spray of bullets will hit innocent people who were just in the wrong place at the wrong time, like Boogie B. Most of the shooters and their intended victims are males, though young females are occasionally the shooters. More often the young females serve as snitches who pinpoint the location of the intended victims for the shooters.

Mayor LaToya Cantrell announced a new Crime Reduction Task Force earlier this week. Although a laudable effort, the task force’s members — including her hand-picked police chief — all work directly for her or get their funding largely from the city’s budget. They will sing Cantrell’s tune and no other. The task force’s membership is not comprehensive and fails to include representatives of the City Council, the faith-based community, or neighborhood and civic groups — folks who often have their ear to the ground. These partners must be involved in any successful broad-based effort.

“I’m not note really impressed with Mayor Cantrell’s new Crime Reduction Task Force,” said Rafael Goyeneche of the Metropolitan Crime Commission. Cantrell placed Tyrell Morris, director of the Orleans Parish Communications District, which operates the 911 call system, in charge of the task force. Morris is not a well-known leader in the community. “If Mayor Cantrell wasn’t interested in spearheading the task force herself, why didn’t she appoint Chief Woodfork? The police chief has a plan in place,” Goyeneche said.

He is also concerned that the task force’s mission duplicates the work being done by the Office of Criminal Justice Coordination. OCJC Commissioner Teneisha Stevens is another member of the Task Force. “We already have an agency in city government that is supposed to be doing this work,” he commented. Yet Goyeneche is also optimistic. “Maybe some good will come from the task force,” he concluded.

Retaliatory violence is not unique to New Orleans. As guns have become more prevalent across America, cities large and small including Eudora, Arkansas — population 1,700 — have dealt with gun violence and the death of innocent citizens. Eudora Mayor Tomeka Butler recognized that kids who sit across the school lunch table from each other were taking their petty grievances to the streets. After Martene Frazell, a well-known community member, was killed by a random bullet Christmas Eve while in her home cooking her holiday meal, Mayor Butler soon put in place a weeklong curfew to cool down tempers.

The U.S. Department of Justice has been aware of the retaliatory violence problem. Funded by its Bureau of Justice Assistance, a Retaliatory Violence Insight Project was created to help police departments nationwide address the problems of retaliatory violence in the communities they serve. FBI research has shown that a person who murdered another knew precisely who they were murdering 79% of the time and that 75% of homicides were precipitated by arguments or gang activities. “Taken together, these statistics demonstrate that most of the lethal violence in the U.S. is not a consequence of random aggression, but of violent, tit-for-tat, retaliatory responses to interpersonal conflicts,” according to RVIP’s website.

City Council Vice President Helena Moreno called the city’s crime an emergency earlier this week. Before the City Council allocates all the federal funds available, perhaps some dollars should be set aside for programs targeting  at-risk youth to help break the cycle of retaliatory violence. 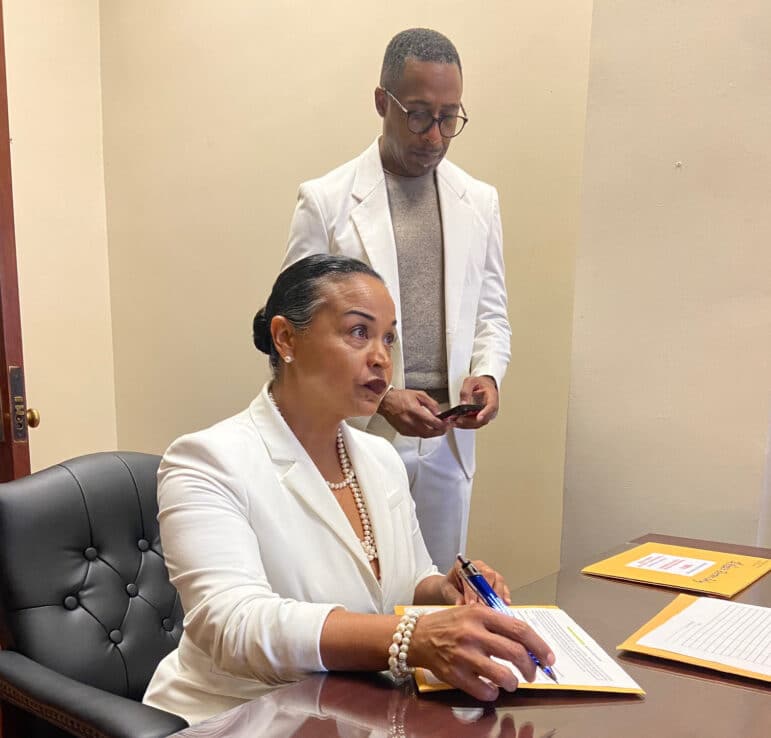 Sibil Fox Richardson, accompanied by husband Rob Richardson, is the first to qualify Wednesday to run for the House District 93 seat. (Danae Columbus)

Sibil Fox Richardson, better known as Fox Rich, was the first person to qualify to fill the vacancy created in House District 93 after Royce Duplessis was elected to the Louisiana State Senate late last year. Qualifying continues until Friday at 4 p.m. The election will be held on Saturday, Feb. 18.

Richdson is a minister, empowerment speaker, author and subject of the Academy Award-nominated documentary Time in 2020. If elected, Richardson would be the first formerly incarcerated person to serve in the Louisiana Legislature. In 1997 Rich was the getaway driver in a botched bank robbery with her husband Rob and his nephew in Shreveport. Rich pled guilty and served almost four years. Rob Richardson pled guilty and served 21 years. After completing her sentence, Rich went on to earn a bachelor’s degree in Biology and a Master’s in Public Administration from Grambling State University. She has served as an adjunct professor at Southern University and Grambling State.

“I have spent my life fighting for the reunification of my family and other underserved members of the community. Now I am seeking to use my voice to continue that fight for the residents of District 93 and all of Louisiana with a focus on reinvesting in our families,” said Fox. “I will work to improve public safety by securing resources for our vulnerable you and single mothers, while being unrelenting about a woman’s right to choose and unapologetic about our demands for equal pay for equal work. As a formerly incarcerated woman who spent 21 years fighting for my husband’s release and 25 years fighting to change our broken system, I know how to fight for what I believe in. Most importantly, I know that when we fight — we can win.”

Rich qualified for the state Senate race against Karen Carter Peterson in 2019 but quickly withdrew from the race.

Also qualifying on Wednesday was actor Tenaj Levinnia-Jackson Wallace. She’s a New Orleans native and 7th Ward resident. This is her first run for a major public office.

Wallace, as Tenaj L. Jackson, has appeared in movies such as “Bolden,” “2 Guns” and “Django Unchained”; on television, including “American Horror Story: Coven” and “Treme”; and in stage plays and commercials.

Urban planner and real estate developer Steven Kennedy has said he intends to qualify Thursday (Jan. 12) at noon. President of REO LLC, Kennedy graduated from University of New Orleans and built his career assisting small businesses through the certification and funding process with local, state and federal government programs. Kennedy grew up in public housing and has worked to create affordable housing in the city. He also is formerly incarcerated.