Viewpoint: How are victims of crime in New Orleans supported? 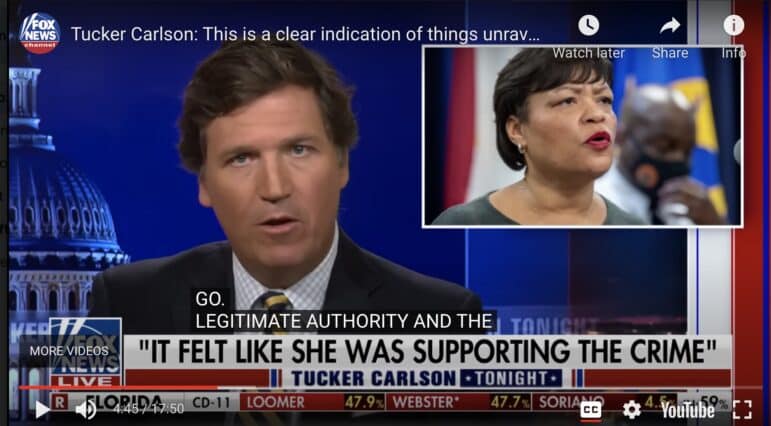 I am not a fan of ultra-conservative Fox television personality Tucker Carlson. Yet I could not ignore his 15-minute diatribe Tuesday evening (Aug. 23) on Mayor LaToya Cantrell’s recent ill-advised actions, a diatribe that was viewed in prime time by millions across the world.

Carlson’s premise was carjackings are the “clearest possible sign” that a civilization is “falling apart.” He made a direct connection between carjackings and decaying societies where “armed predators” — rather than the police — are in charge and where “force, violence and clan loyalty” have taken the place of law and order. 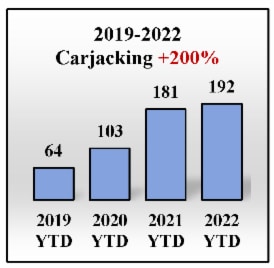 With almost 200 carjackings already reported in 2022 versus a figure he gave as 177 for all of 2021, Carlson claimed that New Orleans has become a city like Johannesburg, South Africa, where carjackings are now “a way of life.”  The hundreds of New Orleans carjacking victims and many other citizens who live in fear of being carjacked probably agree.

Carlson was drawn to this topic after Mayor Cantrell suddenly appeared — without prior notice to the victims, district attorney or the court — at the sentencing hearing of a juvenile offender who was convicted in three carjackings committed in two days. Cantrell came to support the 14-year-old and his mother because he completed her little-known taxpayer-funded Pathways Youth Internship Program, which teaches life skills and work readiness to youths already involved in the criminal justice system.

According to the city’s website, the program features paid internships close to home, creative arts, mentorship and mindful meditation for 14- to 17-year-olds. It partners with the Gracefully Mindful Wellness Institute, whose affiliates include the nonprofit I Am My Sister, which serves teenage girls and is based in Glen Cove, New York, and the Gretna-based community organization Light the Village, which was created to “focus on the whole being.” Both are operated by recording artist Kyndra Joi. Joi’s star power can surely draw in young people who would not otherwise be interested in mindful meditation.

It is unknown how many teenagers have participated in PYIP since its inception five years ago, the recidivism rate among those individuals, how much money has been spent for paid internships, at which businesses the youth were placed for internships, and whether the internship dollars came from a federal or state grant or the Wisner Fund. Does the program have annual goals? If so, what are they? Has an audit ever been conducted? According to city officials, the 14-year-old offender was a model participant who turned his life around during the 15-week program, therefore deserving only a three-year suspended sentence.

It is indeed heartwarming that Mayor Cantrell has dusted off her social worker skills to minister to at-risk youth. Cantrell said Wednesday night (Aug. 25) at a press conference that she receives a weekly list of all the juvenile offenders in the city’s facility and “intentionally” interacts with them. Cantrell said her appearance in the court room last week — not her first since she became mayor — was her way of supporting the juvenile offender who “has demonstrated he is making better decisions” and is now living with grandfather.

Cantrell deflected criticism that she disrespected the female victims who were seated together by not speaking with them. “I pick no sides,” Cantrell said. One of the victims said she felt victimized all over again after seeing the mayor in the court room. When asked by reporters, Cantrell said she was willing to meet with the trio.

There can be a positive ending to this story if Cantrell is willing to make the same kind of commitment to victims as she has to young offenders. There are various programs offered to victims through the state of Louisiana, the NOPD, the Sheriff’s Office and the district attorney. Cantrell should create a one-stop shop where crime victims could come to understand the big picture and what services are available through which agency.

For example, an emergency fund can provide $500 for housing, child care, medical bills, counseling and funeral expenses for qualifying victims. Cantrell could put in place caseworkers who would guide victims through the bureaucracy, fill any gaps in services and even offer self-defense or fitness classes for empowerment.  She could use trained counselors to operate a 24-hour hotline to help victims cope with their trauma. Cantrell could raise funds to create extra stipends for victims’ personal expenses or solicit gift certificates from businesses such as hotels, restaurants and retail stores so that victims know that someone out there cares.

Fox’s Carlson — who used New Orleans as a prime example of lawlessness in a diatribe on cities run by liberal Democrats — said that predators who have the mindset to steal someone’s car at gunpoint might also contemplate more heinous crimes including rape and even murder because they have no boundaries. He brought up the horrific carjacking and killing of 73-year-old Linda Frickey to make his point.

Incarcerating juveniles in an adult prison can produce more hardened adults. Yet young teens — just like adults  who are committing violent crimes — should face consequences for their actions. The juvenile’s parents, grandparents or caregivers can’t just look the other way. They, too, must share some responsibility.

Every crime has more than one victim. Family, friends and even co-workers are impacted by the victim’s loss and by the new sadness and fear in their lives. Many victims need a village so they can be made whole again.

“In a city that probably needs about 2,000 cops, there are under 500 active-duty police left in New Orleans,” Carlson claimed before falsely stating that New Orleans has “defunded” its Police Department. Although it’s well-known that New Orleans is facing a police shortage, it is not due to lack of funding. The city budgets for 1,500 officers, but the force has dropped below 1,000.

Though Mayor Cantrell inherited the police shortage problem from Mayor Mitch Landrieu, the crisis is only getting worse. She needs to own it and solve it. New Orleans will soon exceed 200 homicides in 2022, according to the Metropolitan Crime Commission. Shooting fatalities are already up 30% this year. Three more people were shot in New Orleans on Wednesday. Also yesterday, two elementary students were tased by a third student on a school bus. A fully staffed Police Department might be a decade away. Until then, many more of us will inevitably become victims and unfortunately contemplate leaving New Orleans. It’s hard for law-abiding citizens to live here when they don’t feel safe.

Mayor Cantrell is traveling the world at the expense of New Orleans taxpayers simply because she can. That doesn’t mean the trips automatically translate into increased tourism or economic development even for the cultural economy.

For an overseas trip to be truly impactful, it should be coordinated with state and local economic development and tourism officials. Bring along members of the business and tourism community who can pay their own way to network with potential customers. Invite artists, musicians and chefs to expose their special talents and build relationships for the future. Maximize overseas media opportunities through partnerships with foreign governments.

Several decades ago, I participated in a trade mission to Paris with then-Mayor Marc Morial. The group included a number of elected officials and business leaders who paid a flat fee for airfare, lodging and some meals. Everyone flew coach. The mayor’s staff created an itinerary that included numerous interactions with French dignitaries as well as a reception at the U.S. ambassador’s residence. The media flocked to cover the various events. New Orleans will always have a strong relationship with France regardless of who is mayor. In the long term, there’s nothing wrong with traveling. Just don’t waste taxpayers’ dollars.

Municipal and Traffic Court Judge Mark Shea, who is running for re-election in Division D, will hold a fundraiser tonight at Felix’s Restaurant and Oyster Bar in Lakeview from 5:30 p.m. until 7:30 p.m.  Shea was among the candidates endorsed on Tuesday by the Orleans Parish Democratic Executive Committee.

Danae Columbus, who has had a 30-year career in politics and public relations, offers her opinions on Thursdays. Her career includes stints at City Hall, the Dock Board and the Orleans Parish School Board and former clients such as former District Attorney Leon Cannizzaro, former City Councilman Jared Brossett, City Councilwoman at-large Helena Moreno, Foster Campbell, former Lt. Gov. Jay Dardenne, former Sheriff Charles Foti and former City Councilwomen Stacy Head and Cynthia Hedge-Morrell. She is a member of the Democratic Parish Executive Committee. Columbus can be reached at swampednola@gmail.com.</em