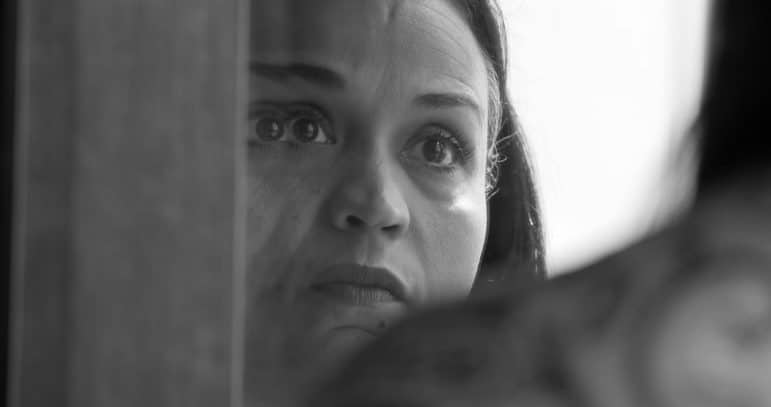 Sibil Fox Richardson in a scene from “Time.” (Amazon Studios)

Sibil Fox and Rob Richardson (also known as Fox and Rob Rich) are among a handful of New Orleanians who have a personal stake in Sunday night’s 2021 Academy of Motion Picture Arts & Sciences Awards. The poignant film about their two-decade-long effort to find justice in what is often considered a racially charged and overly harsh prison-industrial complex, “Time,” is a favorite for Best Documentary Feature.

Also up for Oscar consideration is “One Night in Miami,” which was shot in New Orleans and LaPlace, as well as musical works by New Orleans natives and NOCCA graduates Terence Blanchard and Jon Batiste, who have been nominated in the Best Score category. LSU grad Steven Soderbergh is one of the event’s producers. “Time” is only the second documentary post-Katrina New Orleans to be nominated for an Oscar.

A consummate storyteller, Bradley earned a BA in religion from Smith College and an MFA in directing from the University of California, Los Angeles. She joined Loyola’s faculty in 2017 and teaches film production management and documentary filmmaking in the university’s digital filmmaking program.

Bradley was working on another project, “Alone,” about the effects of incarceration when she met Fox, who makes a convincing argument likening the legacy of slavery to the country’s system of incarceration. 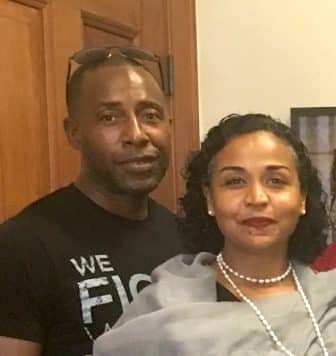 Rich had served a three-and-a-half year sentence as the getaway driver for an armed robbery her husband Rob and their nephew committed at a Shreveport credit union. An investor had pulled out of their fledgling clothing store business and they desperately needed an infusion cash to stay open. While raising their six children with the help of her mother, Rich was determined to free her husband, who was languishing at Louisiana State Penitentiary at Angola after having received a 60-year prison sentence for a first-time offense.

What started out to be 13-minute short companion piece to “Alone” blossomed into an intimate and inspiring 81-minute documentary after Rich gave Bradley a mother lode of  tapes she had recorded to chronicle the life of her fatherless family.

During the 20 years Rich spent patiently working the system to secure her husband’s freedom, she became a confident savvy businesswoman, prison abolitionist, author and motivational speaker. She understood the power of clemency as a tool to reunite families and give formerly incarcerated individuals a second chance at life.

Through their Participatory Defense Movement NOLA community organization, the Riches are now teaching legal awareness as a means to counter injustice. They are still trying to bring home their nephew, who is still serving the remainder of his 45-year sentence.

Another of their projects is the ongoing clemency campaign for Louisiana’s longest incarcerated woman, Gloria Dean Williams, affectionately known as MaMa Glo.  Respected for her mentorship of young and often wayward inmates, Williams, 73, has spent almost 50 years behind bars for a life sentence of second-degree murder. In July 2019, the Louisiana Board of Pardons amended Williams’ sentence, making her eligible for parole. Williams’ file has been awaiting review by Gov. John Bel Edwards for almost two years.

Bradley, Fox and Richardson will be dressed in their Hollywood finery at Sunday night’s intimate star-studded in-person gala at Los Angeles’ Union Station. They are winners whether they come home with an Oscar or not. Bradley has produced another compelling story that will be long remembered. Through the movie, a book, social media and community activism, the Riches are changing the way the American public thinks about lengthy sentences and the costs — both financial and emotional — of long-term incarceration on individuals and families.

Fox Rich might also seek to change from within. In 2019 she qualified for the Louisiana state Senate but quickly dropped out because of tax issues. Her name came up again this year regarding the congressional race. For the moment, Rich is only interested in reuniting other families through clemency. An Oscar win would give the Riches an international platform to make that task so much easier.

You may not be able to vote on the Oscars, but you have a say in who will be the next U.S.  representative for Louisiana’s Second Congressional District. The runoff between state Sens. Troy Carter and Karen Carter Peterson is on the ballot Saturday (April 24). To find your polling place and view a sample ballot, go to the Secretary of State’s voter portal  and click on “search by voter.”