Viewpoint: Should July Fourth 2022 be a day of celebration or reflection? 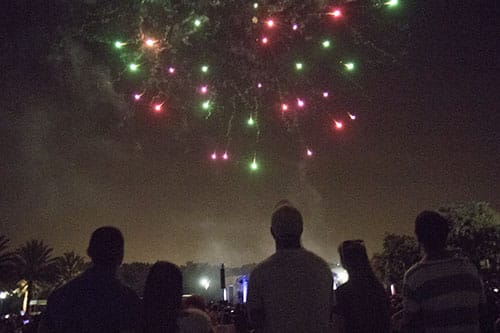 My ancestors had yet to arrive in America for the first Independence Day in 1776 or even 100 years later for the 1876 Centennial. But by America’s Bicentennial in 1976, my family was a part of all the revelry that included hot dogs, hamburgers and too much potato salad. We were proud to be Americans and still are today. Somehow this year I just don’t feel like celebrating. Sure, I am blessed to be alive, in generally good health and living a relatively comfortable lifestyle in America — still the greatest country in the world. My family has a deep respect for the Founding Fathers, the rule of law and the principles upon which America was established, but I’m not sure everyone else does.

Instead of preparing to light fireworks, I am thinking about the unnecessary war in the Ukraine, the terrible famine in Sudan, ongoing revelations of sexual abuse by Catholic clergy and those who have died needlessly — whether in the back of an unventilated truck trying to quietly make their way into America, or from Covid-19, or at the hands of mass murderers like in Uvalde, Texas. New Orleans’ faltering economy, lack of affordable housing, lopsided educational system and the never-ending crime, along with the constant bickering and finger pointing between elected officials, keep me up at night as well.

What’s really taken away my taste for potato salad this year is America’s extremely divisive national politics. What is wrong with a woman wanting to have control over her body? Why would a president encourage a crowd of protesters, some armed? Will Louisiana ever have a second minority-majority congressional district? Will the 1965 Voting Rights Act be overturned? Will marriage equality be a thing of the past? Will gay rights be eliminated? How much of the Clean Air Act will be rewritten? Will school prayer become commonplace? Will guns be available for purchase as easily as cellphones?

Americans are basically lazy when it comes to politics. Many think whatever decisions politicians make won’t really affect them. They are ready to sit on the sidelines and watch. Only a small group is willing to get actively involved.

America’s mid-term elections are right around the corner. Those who are concerned about the direction America and New Orleans are headed need to voice their concerns by becoming involved and voting in the November elections, which will determine which political party controls Congress and everything that goes with it — from new gun laws to Supreme Court appointments. Nothing less than our future is at stake.

It hasn’t been so long ago that my four grandparents and my mother caught the boat to America. They survived and thrived and created an opportunity for my generation to experience the American Dream. Shouldn’t we offer those same opportunities to the next generation? An informed and engaged electorate is the key.

Assessor Erroll Williams is once again offering a slight reduction in property taxes for citizens whose properties have not been restored from the damage inflicted by Hurricane Ida. Property owners must complete an application and provide documentation that renovations have yet to be completed.

Williams sent out 125,000 letters to property owners. The letter indicated a July 1 deadline for submittal of information. Devin Johnson, spokesperson for Assessor Williams, says that date is not set in stone. “We urge property owners to get us their information as quickly as possible,” said Johnson. The assessor’s rolls for the 2023 tax year open in mid- July.

Wearing a mask to all Essence activities makes good sense. Though the current strains of Covid-19 seem to have dissipated, there are new variants — even more contagious — making their way across the world. Even those who have been vaccinated and boosted can catch the latest strain.