Woman arrested in triple shooting during fight over child custody, the NOPD reports 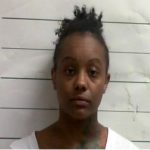 The New Orleans Police Department has arrested Tiffany Davis, 28, in the investigation of an aggravated battery by shooting that occurred Saturday (Nov. 20) in the 3100 block of Elysian Fields Avenue.

NOPD Third District detectives determined that an argument occurred at the location and became physical. During the confrontation, an adult male and two adult females were injured by gunfire.

A man and woman, both 27, got into an argument with Davis and third woman, 27, during a custody exchange of a 6-year-old child. Three people were injured in the altercation, and Davis was arrested.

Davis was apprehended, arrested and booked into the Orleans Parish Justice Center on three counts of aggravated second-degree battery and one count of illegal use of weapons. She was released on $14,000 bond, Sheriff’s Office records show.

Anyone with additional information on this incident is asked to contact NOPD Third District detectives at 504-658-6030.