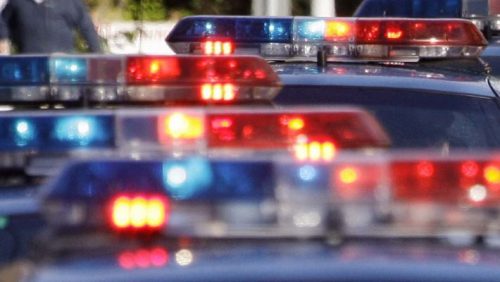 The NOPD’s Violent Offender Warrant Squad and the U.S. Marshals on Friday (Jan. 20) arrested Townsend Grant, 19, in the investigation of a double homicide that occurred on Dec. 7, 2022, outside the Walgreens in the 3200 block of Gentilly Boulevard.

At about 4:30 p.m., on Dec. 7, NOPD Third District officers responded to a call of shots fired at the intersection of Gentilly Boulevard and Elysian Fields Avenue. Upon arrival, officers located an adult male and teenage female down in a parking and both having sustained gunshot wounds.

The girl was declared dead on scene. The male victim was transported via Emergency Medical Services to a local hospital, where he died.

The Orleans Parish Coroner’s Office identified the male victim as 21-year-old Kentrell Ancar. The female victim was found to be a 17-year-old Kalaila Miller. Both victims died of gunshot wounds.

As investigation into the incident progressed, NOPD Homicide Unit detectives developed Grant as a suspect in this incident and obtained an arrest warrant on two counts of second-degree murder.

NOPD VOWS and the U.S. Marshals located and arrested Townsend in the 4500 block of Louisa Street. Townsend was booked accordingly into the Orleans Parish Justice Center. He remained jailed Friday night on $1 million bond.

He had been arrested a week after the murders, court records show, on charges of possessing a stolen car; heroin, marijuana and psilocybin possession; and weapons charges including unlawful use of machine guns. Evidence gathered after the initial arrest linked him to the killings, the NOPD said.

Anyone with additional information on this incident is urged to contact NOPD Homicide Detective Rayell Johnson at 504-658-5300.