Lakefront Airport prepares for runway repairs that will close flights 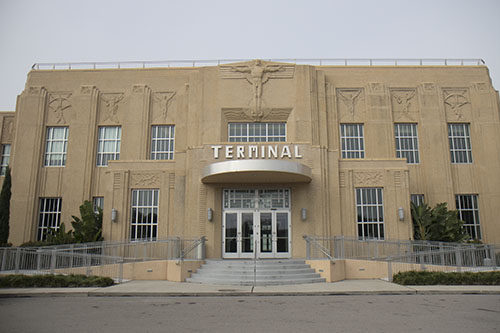 The Lakefront airport is currently under renovation. (Zach Brien, GentillyMessenger.com)

The New Orleans Lakefront Airport will have to temporarily shut down its flight service after a construction project begins in late 2017 to repair multiple dips on the airport’s main runway.

At their last board meeting in 2016, the Non-Flood Protection Asset Management Authority (NFPAMA) signed off on the Lakefront Airport accepting bids from contractors interested in providing engineering and architectural services. The airport has three improvement projects planned for 2017, and two involve work on their runways.

The largest scale project’s estimated cost is $1.5 million and consists of repairing uneven surfaces on the central portion of the Lakefront Airport’s main runway. Dips on this runway have been observed since 2015 by the Federal Aviation Administration and the Louisiana Department of Transportation and Development, according to a report by the Lakefront Airport Director Ben Morris.

Airport Assistant Director Chanse Watson said that staff at the airport are aware that closure will significantly impact the revenue of the airport for the year. He said they will meet with their tenants and see what dates will provide the least impact for the airport.

“You’re not going to please everybody, and people are going to lose money,” Watson said in a phone call. “That’s no question. But you want to get this project done for safety reasons.”

The airport is in the middle of the design phase on their main runway and will have preliminary reports ready in the next month, according to Watson. He said that improvement plans work better by placing larger projects into a design phase one year and then construction phase the next year.

“So the design particularly to this projects gets us what the actual problem is on that runway and then the next problem is how are we going to fix it.”

The other runway project taking place on a separate runway will improve the condition of the pavement and its fading markings through sealcoating and repainting the track. This project is estimated at costing $175,000.

Over 2017, the Lakefront Airport will go into planning phases, work with their consultant for meeting state and Federal Aviation Administration deadlines for each individual project. Watson explained that his goals for next year as assistant airport director will be to attract more pilots and a bigger audience.

“It’s a timely process but there’s definitely satisfaction. “We are short-staffed and can’t be out there every day.”

He said that he believes there’s a always a service and experience that him and the staff can provide as soon as guests land at their airport or pull up to it by vehicle, and that is his approach to the job. Having taken flight classes at the Lakefront Airport since he was 13, Watson calls the location his home airport.

“I think the airport has grown and I contribute it a lot to the (NFPAMA) board going on and making these decisions.”

Watson said the airport does their best to justify each project they put on their capital improvement plan and that they do have multiple sources for funding, including federal and state. Repair services for the Lakefront Airport are estimated to be available to contractors in May.