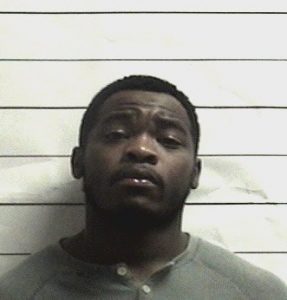 Lavar Butler, 22, averted his scheduled murder trial Monday by pleading guilty to an amended charge of manslaughter and guilty as charged to being a felon in possession of a firearm. Butler admitted that he killed 51-year-old Adnan Alasar while trying to rob the victim’s Subway restaurant in the 2100 block of Caton Street at 7:12 p.m. on Dec. 6, 2017.

The plea agreement was approved by the victim’s family and by Criminal District Judge Paul Bonin, who initially imposed the maximum sentences of 40 years for manslaughter and 20 for the gun conviction, to be served concurrently. But under terms of the agreement, the state also filed a bill charging Butler as a repeat felony offender as to the manslaughter count.

Butler pleaded guilty as a double felony offender, acknowledging his 2015 aggravated robbery conviction out of Texas, and Bonin re-sentenced the defendant to 60 years without the benefit of probation, parole or suspension of sentence.

New Orleans police said video surveillance cameras captured the robbery attempt and struggle for the weapon that started inside the sandwich shop and spilled to the sidewalk outside.

Alasar was left lying on the sidewalk with a gunshot wound to his chest and died at a local hospital less than an hour later. The business owner was a husband and father to three preteen children.

Police also recovered at the scene a single Crocs shoe that was swabbed for DNA and tested, resulting in a hit matching a sample of Butler’s stored in a federal database.

“Mr. Alasar and his wife emigrated from Syria, pursuing the American dream of working hard to build a better life for their family,” Cannizzaro said. “He went on to operate three Subway franchises in our city, and it is absolutely tragic that his dream for success would end in such a nightmarish fashion. We extend our deepest condolences to his family.”