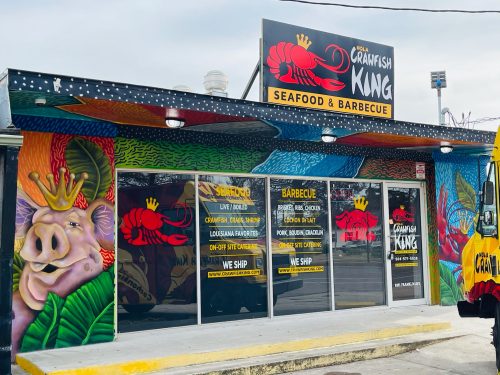 After Chris “Shaggy” Davis’ main business was hamstrung in the pandemic, a door — literally — opened for him. The result is NOLA Crawfish King Seafood & Barbecue, set to begin serving Wednesday (Jan. 13) on Franklin Avenue.

Davis and Kathy Brennan have owned their crawfish catering company, NOLA Crawfish King, for over 20 years. Davis started the business small, doing backyard boils, but kicked it up to the next level with large-event catering.

The successful operation saw the partners traveling all over the city, slinging the boiled mudbugs at big local events including NOLA Crawfish Festival, which he founded. The Crawfish King also made fans on the national level, thanks to gigs at music festivals including Bonnaroo Music & Arts Festival in Tennessee. 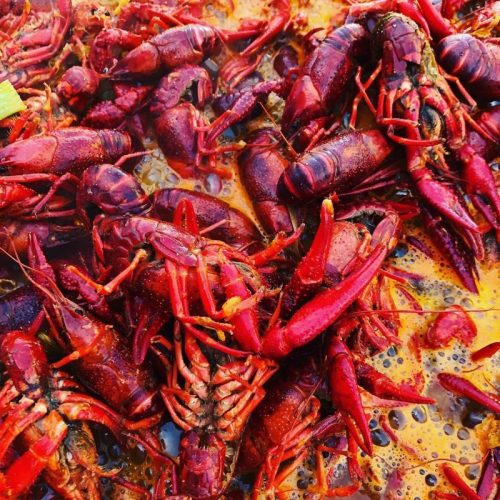 When the COVID-19 pandemic hit and festivals were canceled indefinitely, they were forced to pivot their business in another direction. He had the idea to set up their food truck, which they usually brought along to catered NOLA Crawfish King events and festivals, and serve fresh boiled seafood and barbecue to the masses.

“COVID came and we set up the food truck next to a gas station,” Davis said. “It was an immediate hit.”

They then had move the food truck outside of a former Gentilly seafood market, Cousin’s Seafood. Just by chance, he decided to try the door and, to his surprise, it was open.

“I opened the door and it was unlocked,” he said. “I don’t know if a Realtor forgot to lock it up, but I looked at the building and I looked outside, at the line by my food truck, and I just had the idea to open a business here. I mentioned it to Kathy, and she was on board.”

The interior needed a total tear-down and rebuild, and they went to work making the space their own.

“The roof was pretty much gone and the place smelled like mold,” he said. “We had to tear out everything, down to the walls.”

The decision to open the brick-and-mortar spot in Gentilly was an easy one — Davis lives in the neighborhood. “I live a minute away from the restaurant,” he said. “We wanted to bring good seafood and barbecue to everyone in the area.”

On the same block that boasts Fiorella’s Café and Ruffino’s, the new restaurant is a welcome sight. The building can’t be missed — the colorful seafood and barbecue-inspired mural, by artist Zac Maras, stands out in an otherwise ordinary strip on the avenue. 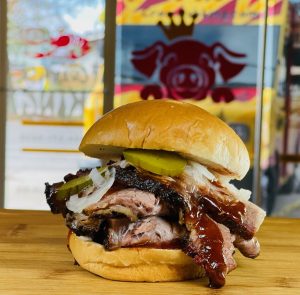 The restaurant and market will be serving up fresh boiled seafood, including Davis’ famed crawfish, as well as live seafood such as crawfish and crabs. Friday fish frys are also in the works.

Grab-and-go meals will also be available for folks in a hurry. This market-style restaurant is carry-out only, but picnic tables will be set up outside.

When the numbers flatten and restrictions are lifted, Davis has plans to get back to catering gigs and slinging food at festivals and events, while maintaining the seafood and barbecue shop.

Reporter Marielle Songy can be reached at mlsongy@gmail.com.