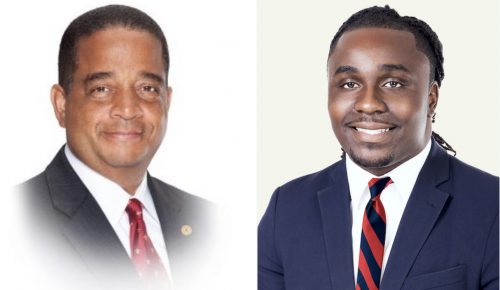 Within a crowded field of 14 candidates, two contenders for the District D council seat managed to make it to the runoff after Saturday’s election: Democrats Eugene Green and Troy Glover.

They will compete in a runoff election on Dec. 11.

According to unofficial vote tallies released by the Louisiana Secretary of State, Eugene Green won with 5,836 votes, or 35% of the total. Troy Glover came in second with 12% of the vote, 1,979 votes total.

Glover describes himself as a strong advocate for social justice and racial equity. He is the director of the Center for Employment Opportunities, which helps employ people recently released from incarceration.

Green is a Realtor and the former chief of staff for Congressman William Jefferson. He told Gentilly Messenger that his first priority would be building more affordable housing in New Orleans.

Eugene Green, who led the race in campaign spending, won in a 61 out of 79 voting precincts, as well as in early voting.

Glover, in contrast, only won in two precincts. A few other candidates won more precincts, but Glover managed to attract enough votes overall to come in second place. He faces an uphill battle in the runoff, however, as he would have to flip dozens of seats that went to Green in the primary.

The one Republican in the race, Chelsea Ardoin, won the highest number of votes in four precincts in the Lakeview area. Other candidates who won the most votes in at least one precinct were Morgan Clevenger (one precinct), Kevin Griffin-Clark (two precincts), Mariah Moore (three precincts), and Kourtney Youngblood (five precincts).

Voter turnout was a low 28% for the primary election that was delayed for a month due to Hurricane Ida.

See below for a map of winners by voting precinct. An interactive version of the map can be found here. Find your ward and precinct here. 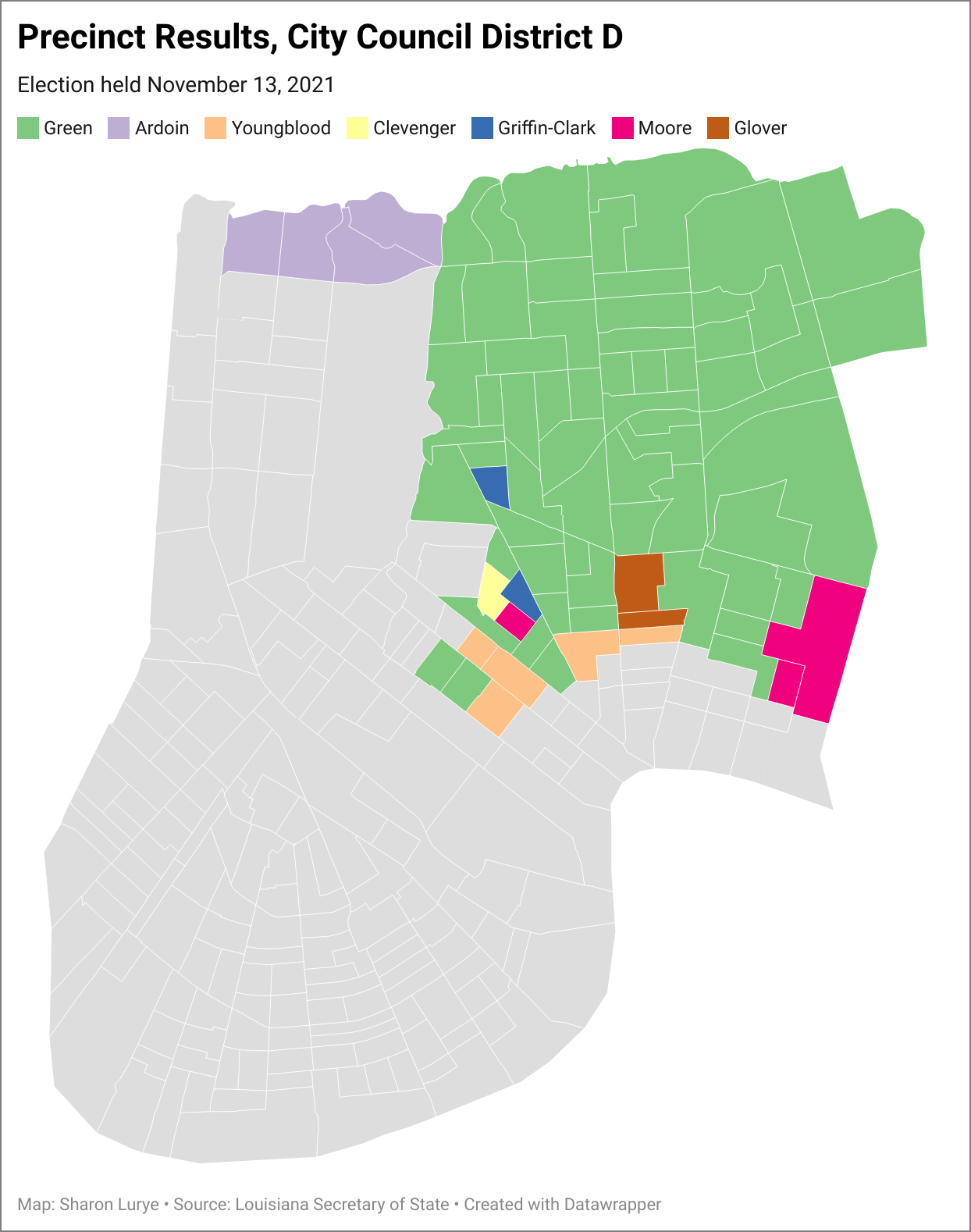