Sponsored: Women’s panel will talk violence against women at the virtual ‘Conversations Beyond the Borders’ Thursday 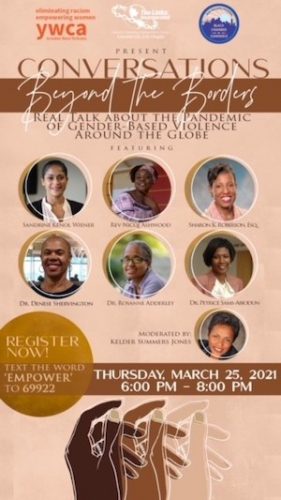 Please join us for this much-needed conversation concerning gender violence against women and girls. The Crescent City (LA) Chapter of The Links, Incorporated presents “Conversations Beyond the Borders: Real Talk about the Pandemic of Gender-Based Violence Against Girls and Women of Color around the Globe.”

In partnership with the YWCA Greater New Orleans and the New Orleans Regional Black Chamber of Commerce (NORBCC), we are celebrating Women’s History Month with this webinar, scheduled for Thursday, March 25, 2021, from 6 to 8 p.m.

The objectives of this webinar are:
• Examine the impact it has on the physical, social, emotional, and spiritual well-being.
• Provide data on how it impacts the economy, education, and health of a country.
• Increase awareness of in-school violence against black girls in schools.
• Recommend policy and programmatic solutions.
• Identify potential resources and funds to continue much-needed efforts.

The panelists consist of distinguished national and international women from Switzerland, Jamaica, Haiti, The Bahamas, and the United States. They will share their expertise on global gender violence and its intergenerational implications for black women and girls.

The goal is to bring awareness of the world-wide pandemic of gender-based violence. As we celebrate Women’s History Month, we honor the vital role that women play in making our society a more just, violence-free, and equitable place for women of color worldwide. 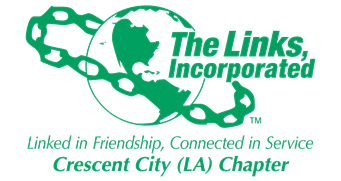 Sandrine Kénol Weiner obtained her Bachelor’s degree in child psychology at Concordia University from Montreal, Canada, a specialization in behavioral disorders, and Master’s in Cognitive Behavioral Therapy. Back in Haiti, eight years later, she launched her private practice working with children with behavioral and emotional difficulties, as well as animating self-esteem workshops for young boys and girls.

Since 2012, she has been working with the YWCA Haiti as the program director, also providing psychosocial support programs to the participants and families. Sandrine is also engaged in the YWCA Haiti mission particularly working toward gender equality and educating girls and young women on gender based violence, providing them with tools to face daily challenges. 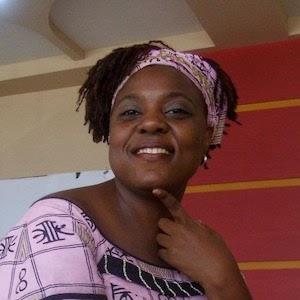 Rev. Nicqi Ashwood is an ordained minister with the United Church in Jamaica and the Cayman Islands on secondment to the World Council of Churches. She facilitates activities for the Just Community of Women and Men, including the global campaign to end rape and violence, ‘Thursdays in Black.’

She holds a Master’s of Divinity from the Eden Theological Seminary, USA and a Master’s in Ecumenical Studies from Bossey Ecumenical Institute and the University of Geneva (Switzerland).

The former Education in Mission Secretary for the Caribbean and North America Council for Mission has also served as congregational minister at the Meadowbrook United Church.  Rev Nicqi is a daughter of the Caribbean and a citizen of the world. 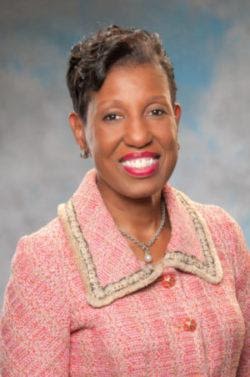 Sharon K. Roberson, Esq. is a seasoned C–Suite executive. She serves as President and CEO of YWCA Nashville & Middle Tennessee, the largest domestic violence service provider in Tennessee. Since joining the YWCA, Sharon has led the expansion of the shelter beds at the Weaver Domestic Violence Center to offer more women and children shelter and care. She has also broadened the agency’s life-saving services, including adding the only Emergency DV Text Line in Tennessee and implementing a children’s program at Weaver.

Under Sharon’s leadership, the YW has grown all of our school-based programs, including expanding our Amend Together healthy masculinity program to six other YWCA’s across the country.

Additionally, Sharon has renewed the organization’s focus on racial justice by implementing a social justice and advocacy program, staying true to the YWCA’s mission of eliminating racism and empowering women. 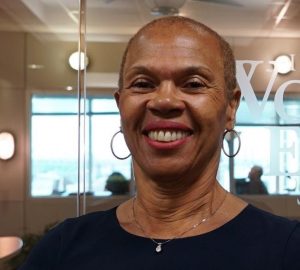 Dr. Shervington has an intersectional career in psychiatry and public mental health. She is a Clinical Professor of Psychiatry at Tulane University School of Medicine and the President and CEO of the Institute for Women and Ethnic Studies (IWES), a community-based translational public health institute. At IWES, Dr. Shervington directs a federally funded trauma-informed Teenage Pregnancy Prevention Program as well as the community-based post-disaster mental health recovery division at that she created after Hurricane Katrina.

At Tulane, Dr. Shervington provides psychotherapy supervision for Psychiatry residents. She has an illustrious career in public mental health and population health, with posts at the national, state and local level. She also has extensive clinical and community expertise in PTSD and trauma-informed response. 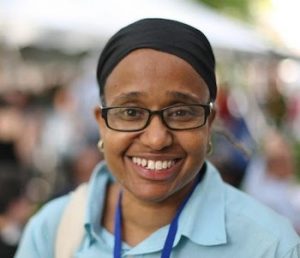 Dr. Laura Rosanne Adderley is Associate Professor of African Diaspora History at Tulane University where she is also affiliated with the Africana Studies Program and the Roger Thayer Stone Center for Latin American & Caribbean Studies. Adderley works primarily as a comparative slavery historian focusing particularly on the 19th century, and the era of slave trade abolition and emancipation.

Adderley is author of “New Negroes from Africa: Slave Trade Abolition and Free African Settlement in the Nineteenth-Century Caribbean” (2006). The book was a co-winner of the Wesley-Logan Prize for African Diaspora History, jointly awarded by the American Historical Association (AHA) and the Association for the Study of African-American Life and History (ASALH). Her current book project is entitled “Practicing Emancipation: Slave Ship Survivors, Atlantic Abolition, and the Everyday Politics of Freedom.”

She currently serves as one of two Tulane representatives on the Board of the Amistad Research Center. She is also a part of a New Orleans based effort to research and create public education around the life and legacy of African-American Episcopal saint, Frances Joseph Gaudet–an early 20th-century and educator and prison reform advocate.

Dr. Petrice Sams-Abiodun is currently the Vice President of Strategic Partnerships in Louisiana with Planned Parenthood Gulf Coast where she is responsible for providing strategic direction on the affiliates programs including education, public affairs, communication, development and community relations. She currently has an opportunity to combine her research and social justice agendas to address the issues of reproductive health, rights and justice for the people of Louisiana.

In her previous role as the Executive Director at the Lindy Boggs National Center for Community Literacy at Loyola University, she worked tirelessly to examine the broader issue of literacy as a vehicle for personal, economic, and community empowerment. In an effort to link research with practice, she worked closely with the Literacy Alliance of Greater New Orleans and other community and faith-based organizations to eradicate low literacy.

Dr. Sams-Abiodun is native New Orleanian and a graduate of New Orleans public schools. She received a Ph.D. in Sociology from Tulane University in 2003. As a family demographer, her goal is to use research for the development and liberation of traditionally marginalized and oppressed people. Her research areas include social methodology, poverty and family issues. Her present research focuses on the role and responsibilities of men as fathers, family and community members. 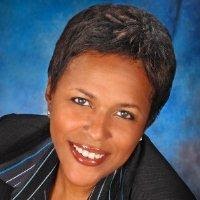