Wildair Drive: comparison of the current conditions and the proposed design after 15 years of growth in the 5300 block of Wildair Drive. (Roadwork NOLA)

Some residents in Gentilly will will see major road and drainage improvements as the Resilience Project Design Committee voted to progress the St. Anthony Green Streets program in a meeting Wednesday night. Some streets in the project area are getting a full reconstruction, including replacing pipes and repaving the road.

The St. Anthony Green Streets program plans to redo the Gatto and Filmore playgrounds to hold stormwater and reduce street flooding in the neighborhood. Bioswales on the edges of the park will collect stormwater runoff and drains it into underground tanks to be pumped to Lake Pontchartrain.

Jennifer Shape, a designer on the project, said the contract was recently amended to include Joint Infrastructure Recovery Response FEMA money to fund the construction of the street work within the project area.

“This allows for the HUD funding to be allocated more for the green infrastructure parts of the project and the playgrounds and parks themselves,” she said.

The area is currently 6 to 8 feet below sea level, which contributes to street flooding.

Project leaders have held multiple community feedback and outreach events over the past two years. Parking was a concern for some committee members and community patrons.

Aspen Nero from the City Planning Commission commented that in the infrastructure plan some areas in the streets have water management landscapes where street parking would typically be.

Shape said a parking study in the area found that almost every house in the neighborhood has a driveway used for off-street parking.

“The Arts Council was brought in to leverage the power of public art and bring people into the conversation in a new way,” said Sarah Woodward, the program director of the Arts Council. “The purpose of the public art is to build awareness of the city’s water infrastructure and give residents another way of understanding the work that’s happening,” she said. 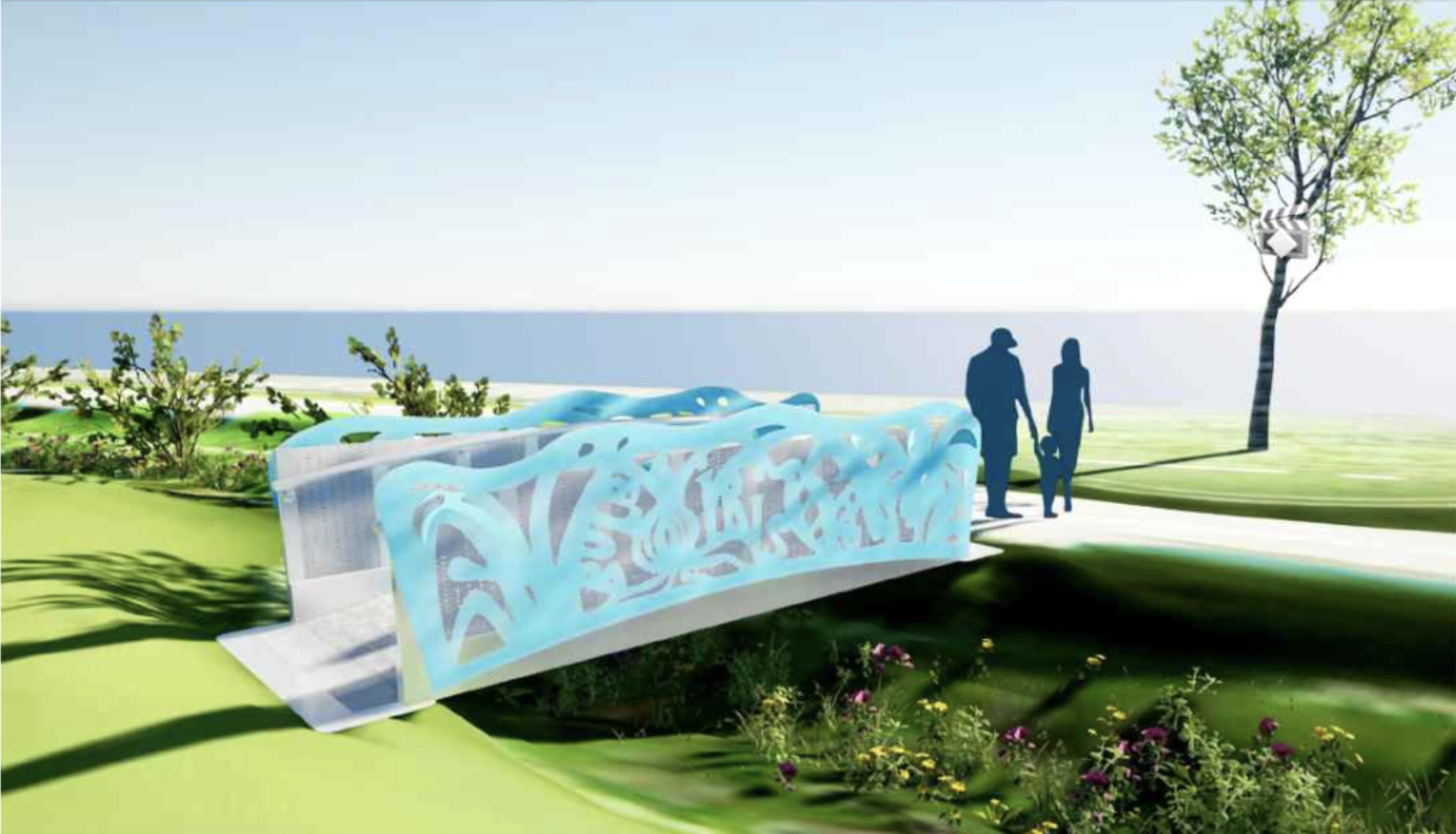 Footbridge over the bioswale in the Filmore Playground (Roadwork NOLA)

Artist Courtney Egan has designed a footbridge for Filmore Park that will go over a bioswale to allow the community to get up close and personal with what a bioswale is.

Another meeting will be scheduled to focus on specific street construction plans and how the project is using the FEMA assistance money to pay for specific road patches.

Domonique Tolliver is a journalism student at Loyola University and a reporting intern at NOLA Messenger. She can be reached at djtolliv@my.loyno.edu.